I could have been a better son: Parikshat Sahni 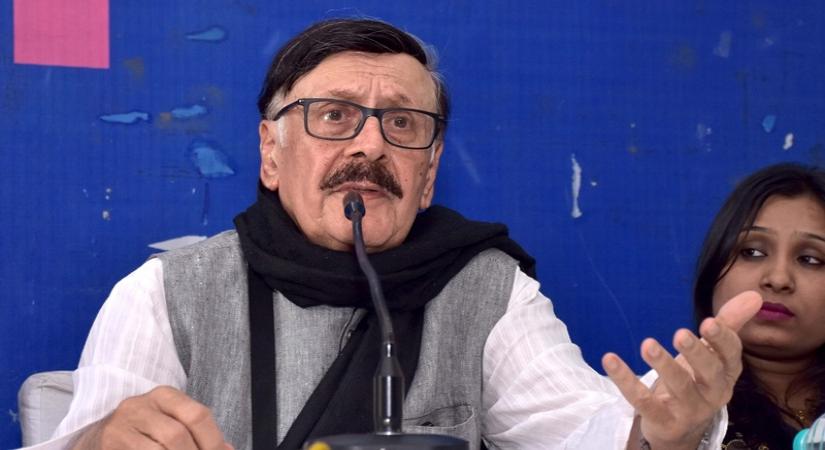 Mumbai, Sep 9 (IANS) Writing a book on his father, late Bollywood legend Balraj Sahni, was redemption for veteran actor Parikshat Sahni, because he was self-confessedly not a very good son.

"I was trying to be objective and subjective at the same time because I intended to be as truthful as possible. The process of writing the book was quite elevating and it was like catharsis. It was redemption for me because I was not a very good son to him, though he was a great father. Now, when I look back, I feel I could have been a better son," the 73-year-old Parikshat said, with a nostalgic pause.

The book, titled "The Non-Conformist: Memories Of My Father Balraj Sahni", let Parikshat be at peace with himself. "When you are young, you are emotional and you cannot look at things from a distance. You can't see objectivity in matters. I think writing this book redeems me as a son in his eyes. I am at peace with myself now," said Parikshat Sahni, who shared screen space with his father in the 1970 film, "Pavitra Paapi".

The book, published by Penguin Random House, has a foreward by veteran actor Amitabh Bachchan, and it captures Balraj Sahni's journey and how his thoughts transformed over various phases of his life.

"There is a reason why we look at him as a non-conformist. He only followed his heart and he went against convention many a time without giving a damn about what society thinks of him. He was a man with a strong mind and he lived his life the way he wanted. He was a socialist and a Marxist," said Parikshat.

He added: "There were the paradoxes, too. He was a believer of the Soviet Union and Marxism, but when that ideology failed and the Soviet Union began to crumble, I saw him in pain. I saw him broken when he realised that the ideology he believed, failed," he recalled.

Born on May 1, 1913, in Rawalpindi, Balraj Sahni not only contributed as an actor in films but also in theatre, and his body of work reflects his socio-political thoughts.

According to Parikshat, in the last leg of his journey, his father started re-thinking his religious belief.

"In the last years of his life, he started reading Guru Granth Sahib, although all his life he was an atheist. In fact, he brought me up as an atheist. I turned to religion because it spoke to me when I went through bad years of my life. Religion gave me food for thought and strengthened me," said Parikshat.

Asked to name his favourite pick among his father's films, Parikshat said: " 'Garam Hawa', 'Do Bigha Zameen' and 'Kabuliwala'."

So, what is his most memorable conversation with his father? "In the beginning of my career I did not think of becoming an actor because I was trained as a writer and a director. Initially people offered me acting jobs thinking I would know acting because my father was a great actor. I was not being true to myself. Then, my father told me one day, 'try to be a first-grade Parikshat than a third grade Balraj Sahni'."

"That line changed everything for me and I realised that as an artist I should have my own voice and I should be truthful rather than living under his shadow. That was an eye-opening conversation for me," added the actor who became a household name in the eighties starring in the Doordarshan detective series "Barrister Vinod", and was later seen on TV shows such as "Heena" and "Saat Phere".

Parikshat dedictaes a chapter in his book to Kasmir, which he calls their "second home". Parikshat recalls spending his childhood in their three-storeyed wooden house in the Valley.

The current political scenario, which has turned the Valley into a conflict zone, would sadden his father, Parikshat said.

"When he was alive, Kashmir was a perfectly normal place, and whenever he wanted he would visit the Valley. Kashmir was a beautiful place then. I think my father would be absolutely in shock if he had known what the future has in store for the Valley. Recalling those beautiful days we spent is Kashmir feels," he shared.