Halle Berry hits back at trolls 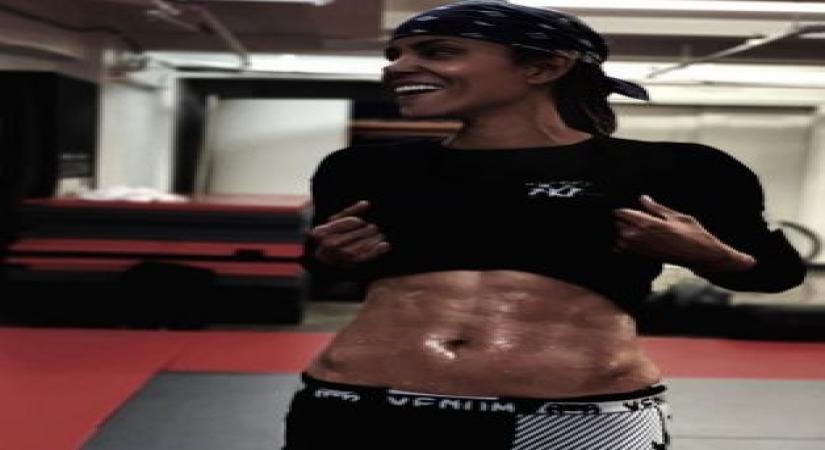 Los Angeles, April 6 (IANS) Actress Halle Berry has hit back after receiving negative comments about her son wearing heels, saying it is important to "laugh and have some compassion".

Amid the coronavirus crisis, the actress has been isolating with her son Maceo and daughter Nahla. She posted a lighthearted video of her six-year-old son wandering the house in a pair of her heels -- which got mixed response by netizens.

Berry was quick to shut down the haters, and encouraged fans to see the lighter side of things during the global pandemic, reports dailymail.co.uk.

" Harmless fun. Tryna survive right now. You feel me?," the actress responded to the critics.

'It's tight on these kids right now. Let's have a laugh and some compassion yawl," she wrote to another.

One commenter wrote: "She's having the time of her life lol," to which the "John Wick 3" actress replied: "Well it's a he and he is having a ball. Tryna cope the best he can. Laughter helps a lot right now."

She also responded to some positive comments and shared in the joy with fans.

One fan wrote: "That dressed up and nowhere to go mood", to which Berry responded "Oh he got some place he tryna go, but his mama won't let him."

To another fan, she said: "Being shit in gets more comical everyday", and agreed with a fan who said "we're all losing it together".

On March 24, she took to Instagram to share a video of son Maceo making his best attempt to walk in a pair of her heels. She captioned the video of Maceo, six, walking up the stairs: "#Quarantine Day 12". He looked cozy in a pair of blue flannel pajamas, which he paired with his mother's white leather stiletto boots.