Divinaa: Times ahead could be tough for budding actors like me 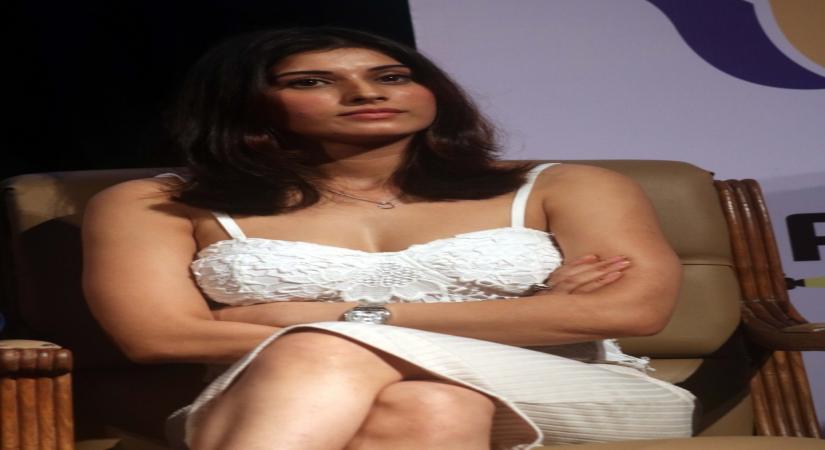 Mumbai, April 6 (IANS) Actress Divinaa Thackur, who features in the web series "Who's Your Daddy", says that budding actors like herself might just face a problem as the film industry is going through a tough time due to the COVID-19 lockdown.

Making her debut with the Kunal Kapoor-starrer Malayalam film "Veeram", the actress appeared in short films, web series and other regional films.

"In my understanding, there will be a change, but not in terms of getting opportunities. Maybe, in terms of pay-cut. Once the market opens, everyone will start shooting, so that they can quickly recover the money. The production houses are facing economical loses and workers who get paid on the field are suffering the most. So, many projects will come up and everyone will get a lot of work. But at the same time, there will be budget constraints and newcomers might get less amount of money," Divinaa told IANS.

"There is no point denying the fact that putting money on new talent is a risk. Since the industry needs faster recovery when the lockdown gets over and things come to normalcy, producers will rely on star power over budding talents. Having said that, I am an optimist. I live in hope. I believe things will be fine," she added.

Divinaa has acted in the short film 'Hickey' directed by Pradeep Sarkar, and was also seen in the Sanjay Dutt-starrer "Prasthanam".

In the Alt Balaji web series "Who's Your Daddy", she plays the character of a young girl named Mehek. The show also features Rahul Dev, Harsh Beniwal, Nikhil Bhambri and Anveshi Jain.

Talking about her upcoming film, she said: " I am acting in a very big Kannada movie titled 'Raymo' directed by Pavan Wadeyar. We were done with 90 per cent of the shooting. We were just left with the shooting of two songs, and in the middle of the year we were planning to release the film. Now, everything is on hold. We were supposed to shoot the song in April. It is really frustrating, but we should not fight reality in any other way but by staying at home. I really want things to be normalised and start rolling."