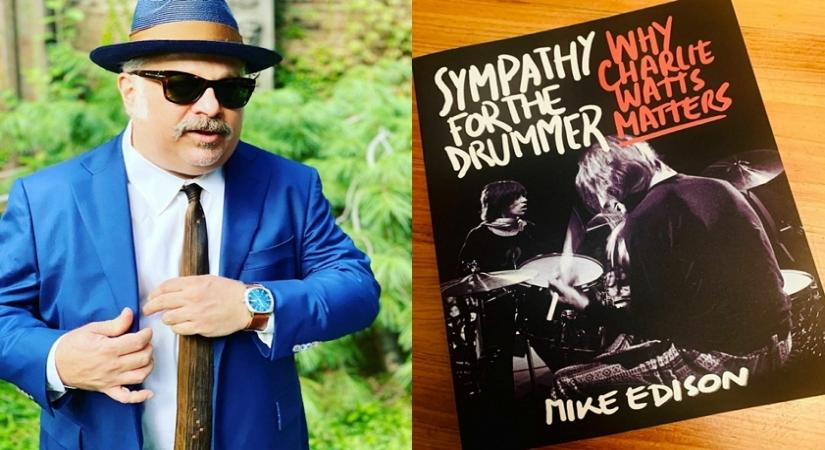 New York, Aug 31 (IANS) A new book on Charlie Watts is seeing renewed interest after the passing of the Rolling Stone drummer last week. 'Sympathy for the Drummer: Why Charlie Watts Matters' has soared into the Top 10 of Amazon's Bestsellers List for music criticism and history, and into the Top 30 of Amazon's musician memoirs and biographies chart, according to Billboard.com.

The 264-page book was written by author and musician Mike Edison and was released on August 1, just three weeks before Watts passed away in a London hospital at the age of 80.

Watts is the sole subject of 'Sympathy for the Drummer', which tracks his career from his beginnings in London's jazz and R&B scene, to meeting his future bandmates Mick Jagger, Keith Richards, and original group leader Brian Jones. Subsequent chapters explore everything from Watts' unique -- and at-times frenetic -- drumming style, to his contributions as a producer and composer, to the lasting brotherhood he forged with his beloved group members.

Watts' legacy as a drummer, and his influence on an entire generation of musicians, is also widely discussed, as evidenced by the glowing reviews the book has received from everyone from Blondie drummer Clem Burke, to Cheap Trick's Bun E. Carlos. "Charlie Watts lays it down, and the others follow," Burke writes. "He is the Law. This book explains why."

In press materials, the book's publisher describes Sympathy for the Drummer" as a "gonzo rush — capturing the bristling energy of the Rolling Stones and the times in which they lived — and a wide-eyed reflection on why the Greatest Rock 'n' Roll Band in the World needed the world's greatest rock 'n' roll drummer."

Watts had just exited Rolling Stones' upcoming U.S. tour to allow him time to recover from an unspecified medical procedure when he passed. The rock legends announced last week that their 'No Filter' tour will continue on as planned, and will now likely include a tribute to their longtime drummer.