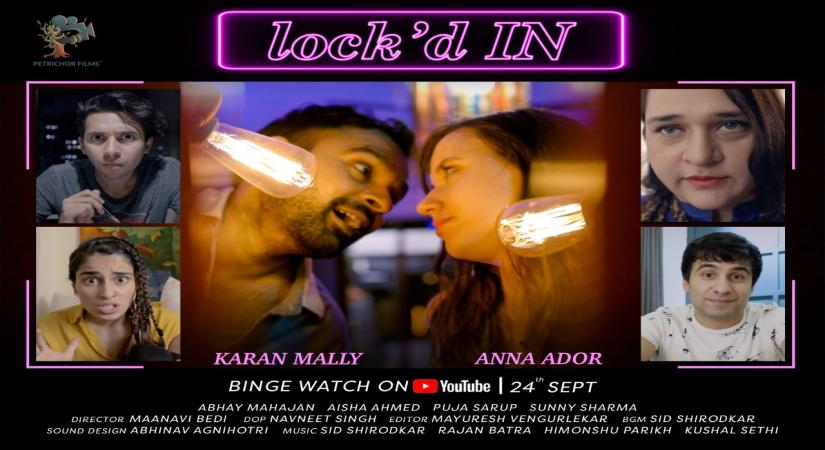 Mumbai, Sep 15 (IANS) Casting director Karan Mally is all set to play the lead role in an upcoming web series titled 'Lock'd IN'.

Directed by debutant Maanavi Bedi, the slice of life series revolves around a newly dating couple who get stuck living together because of the lockdown; their bitter sweet journey in discovering one another, and in turn discovering a bit of themselves.

Commenting on the same, Karan Mally said: "When Maanavi and I were discussing ideas for our first production, we came up with this concept and both of us found it interesting. I am sure the series will be liked and be relatable to all. Everyone would identify themselves with the lead characters as they would have faced similar situations."

As a casting director, Karan has worked for films like Farhan Akthar-starrer 'Toofan', Ranveer Singh-starrer 'Gully Boy' and Taapsee Pannu-starrer 'Thappad', among others.

Produced by Petrichor Films LLP, the web series will release on September 24 on YouTube.