'Bigg Boss OTT': Neha says she would've dated Pratik if they had met when she wasn't married 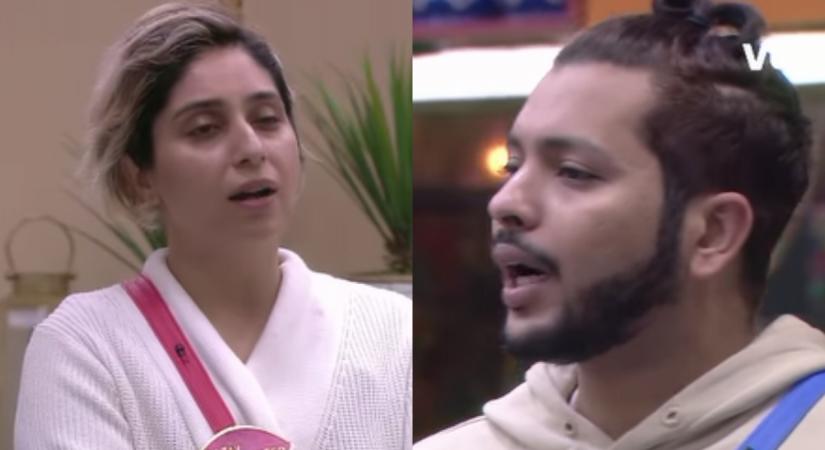 Mumbai, Sep 15 (IANS) Everyone following 'Bigg Boss OTT' is witnessing the growing closeness between Neha Bhasin and Pratik Sahejpal. And that has caught a lot of attention from the audience in the past few days with their gestures, physical closeness, and emotions.

And the families of both the contestants have noticed it too. The latest episode of 'Bigg Boss OTT' saw both of their sisters indirectly as well as directly pointing out and warning the two to maintain distance. This led to Neha asking Pratik to do the same.

However, the evident bonding between them made Nishant Bhatt question both about their feelings for each other. While the three sat in the garden area, he asked Neha what she would have done if she had met Pratik before her marriage or whenever she was single. After thinking a little, Neha said: "I would have eaten him up."

This irked Pratik and he asked what that meant. Replying to it, the former said: "I would have dated him then."

Nishant threw the same question at Pratik who refused to answer it then and walked away. After a while, he returned and then answered it saying: "Yes, I would have dated her too."

However, Neha mocked him and said that he fears saying anything. Pratik didn't agree with this and sat with her to justify later at night. He told her that he has been in a tough spot when it comes to such things in the past which is why he took some time to answer Nishant's question.

Earlier after Pratik's sister's visit, Neha told Pratik to maintain a distance and said, "I'm worried about the consequences of the way we're living with each other."