Amardeep Phogat: Would love to work with Badshah again for his sheer energy 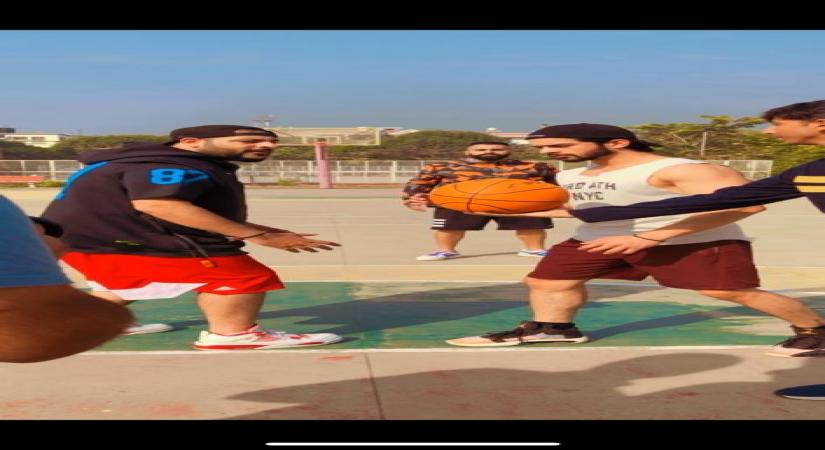 New Delhi, July 22 (IANS) Actor Amardeep Phogat and singer Badshah have come together for an upcoming untitled song. The actor and singer shot in Chandigarh for the track.

The song had a set of a basketball court. The actor played a few matches for their rehearsals but ended up playing real matches on the sets and enjoyed five rounds of the game before starting the real shoot.

Amardeep has teamed up with singer Bali for the track's complete album, whereas Badshah features in one of the tracks.

"It was an enthralling experience to shoot with Badshah. To see him play with full enthusiasm gave us so much more joy on sets. We played a real game of five rounds and ended up winning. Would love to work with Badshah again for his sheer energy on the sets," Amardeeep told IANS.

In the past Amardeep has collaborated with the artists like Kamal Khan for "Teri ho ke", Jubin Nautiyal for "Bewafa tera masoom chehra", Nacchhatar Gill for "Rooh uthe vaar" and Miss Pooja for "Ek number di cheez kudi".

Amardeep has also acted in the TV series, "Savdhan India". The actor who hails from an Army family, has been an active sports person prior to being an actor. Amardeep shares how he at one point in time played national level hockey and was determined to continue in sports until he was discovered by the entertainment industry.

Amardeep has five new songs lined up to be released.

"I have been offered films and TV both and I am extremely grateful to everyone for thinking of me. I have always believed in patience and hard work. The one thing that I follow is taking small steps, smaller the step bigger the landing," signed off Amardeep.