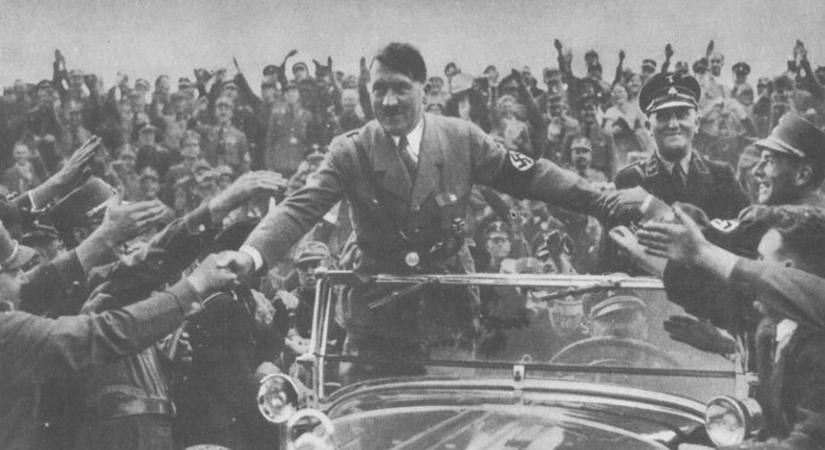 From surrender documents to photographs and military orders, a repository of World War II history will be auctioned

June 2, 2020 (IANSlife) Historically significant documents related to the second World War, including "the document that forced the surrender of Nazi Germany", will go under the hammer at a live auction next week.

The letter, estimated to sell for a million USD, is the official authorization for Germany's top general, Field Marshal Alfred Jodl, to negotiate an unconditional surrender with the Allied powers. It is signed by Karl Donitz, president of Germany following Hitler's suicide. Jodl presented this letter when he came to negotiate Germany's final surrender at Allied headquarters. His authorization to sign the surrender, the "sister" to this document, was called "one of the foremost documents of the 20th century" by the Archivist of the United States, and it rests today in that repository.

The live auction titled "No Surrender to Coronavirus" by United States-basedauctioneers Alexander Historical Auctions, known internationally for their military sales, will sell some of the most important surrender documents of World War II on June 9. Some of them as never seen before, the auction house said.

According to the auction house, included in the 60-piece monumental sale is the British order to surrender the last troops in Hong Kong, along with the Japanese surrender of Hong Kong back to the British four years later; the German peace negotiator's last-ditch telegram insisting there must be a "signature or chaos"; a German general's order that saved 1,500,000 soldiers' lives; an Eisenhower-signed telegram announcing the German surrender; inspiring Winston Churchill signed quotations; and the signed British and American surrender of Java.

In Adolf Hitler's last signed military message, sent to a top general who begged him to flee Berlin, the "doomed dictator" writes: "I shall remain in Berlin so as to take part in honorable fashion in the decisive battle for Germany and to set a good example to all those remaining. I believe that in this way I shall be rendering Germany the best service..." Six days later, Hitler committed suicide with a pistol shot to his head. This last letter from his bunker will be sold as well.

The entire proceeds of its sale will be donated to the World Health Organization, Doctors Without Borders, Direct Relief, and N.H.S. Charities Together in recognition of Captain Tom Moore's contribution to the British N.H.S., according to the auctioneers.

Additional items to be sold include agreements between Germany and the Allies to airdrop food to the starving Dutch in the closing days of the war; the first military telegram of the war, sent by a German commando who attacked Poland in error a week before the war actually commenced; a pass through the lines for German peace emissaries, signed by Field Marshal Bernard Montgomery; President Harry Truman's proclamation declaring the "a day of prayer" upon the end of the war in Europe, a signed quotation from Winston Churchill "This was their finest hour…"; and a signed photograph from the Japanese surrender on the USS Missouri in Tokyo Bay.

”75 years ago this month, the world finally conquered Hitler, an evil against whom we pledged 'no surrender'. Today, history repeats itself with the worldwide fight against the insidious Covid-19 virus, and again we must be determined never to slacken or surrender," auctioneer Bill Panagopulos said about the theme of the sale.