Within the prose of images - Zahra Amiruddin 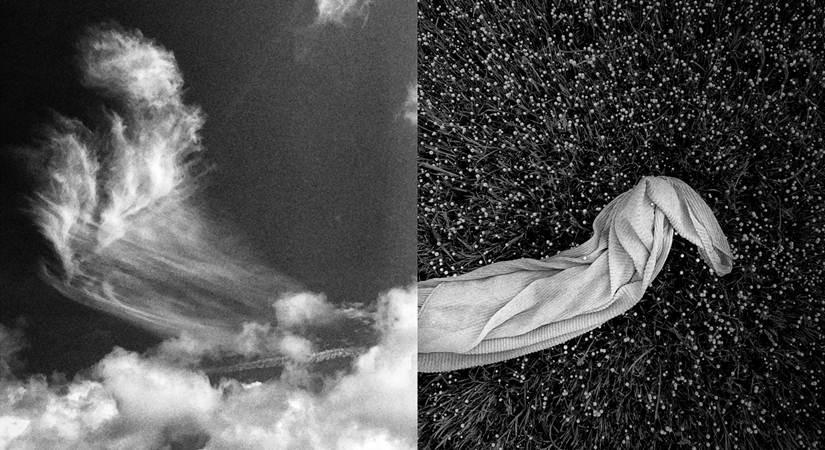 For this writer and photographer, the viewfinder is an old friend who helps her both escape and discover

May 22, 2022 (IANSlife) She says she would not know how to consciously keep writing and photography independent, and they intersect constantly. Quoting writer and photographer, Wright Morris, who said “I don’t give up the camera eye when I write, merely the camera”, writer and photographer Zahra Amiruddin says that these lines have always resonated with her deeply since the words and sentences she chooses are usually extremely visceral.

Her exhibition of photographs, 'A Summer Slumber' opened recently at Method, Bandra in Mumbai (till June 20) which is a culmination of a collective stream of consciousness, brought upon by the change of patterns, self-reflection, and growth, Amiruddin says that she is a kind of an artist who first creates, and then develops.

“I usually never photograph with an agenda in mind, unless it is for a commissioned assignment. I had been photographing the listless and endless afternoons during lockdown for quite a while. And over time, my collection had recurring themes and patterns running through them,” she tells IANS.

In ‘A Summer Slumber’, the photographs are shifting memories, moving between the past and the present through digital and analogue imagery, and multiple videos. They create a narrative of a season spinning inside the artist’s mind, flanked by the heat of the outdoor summer sun. Since Amiruddin is primarily interested in the act of photographing through feeling, and not purely through observation, the body of work is a space to immerse oneself amidst a memory - both current, and distant.

She adds that Emma, the co-owner of Method, had seen parts of the work while curating another exhibition and suggested that she put them together in a singular show. “I was ecstatic but was hesitant about making the show about lockdown since I was rather saturated with that period in time. Instead, I brought together photographs of nostalgia, longing, a yearning for a place far from the one you’re in, and afternoon dreams that are often unfinished. Eventually, it felt like summer. “

For this writer and photographer, the viewfinder is an old friend who helps her both escape and discover. While photographing during her college days, she realised that it brought about a strange sense of confidence within her that urged her to wield, create, and write with light. “The human mind is so intriguing, it has countless ways of perceiving the same reality. And that was what photography brought to me, a tactile version of my own truth. Here, I’m strictly speaking about personal realities, and not documentary photography which needs to be as close to the truth as the image-maker can get. The viewfinder allows you to compartmentalise large worlds within four corners of a frame, and that to me is enchanting. “

Although she had been photographing with her writing, it was in 2015 when she went to study at The Aegean Center for the Fine Arts in Paros, Greece that she discovered an eye that was dormant all the while. “I found a way to wield light through feeling there and to photograph by instinct and not by technique alone. I think that made a world of a difference.”

Stressing that both writing and photography are essential for her as what she cannot photograph, she writes about, and when she cannot find words, she wields images; the artist feels that it is paramount to inculcate the passion for the form through experimentation with it in children. “We get so caught up with the technical and theoretical aspects of art, that the development of instinct, observation, and gut feeling takes a back seat. This is most unfortunate, because in my opinion, without feeling, there can never be true expression,” says Amiruddin, who has also taught at Sophia College, and conducted various workshops at Kala Ghoda Arts Festival.

She is currently developing a book with her photography collective named, ‘Eight Thirty’. “We are a group of nine photographers who are women and live across the expanse of India but have still found a singular space to coexist. I am also finding ways to push myself to make my own photobook come to life.”