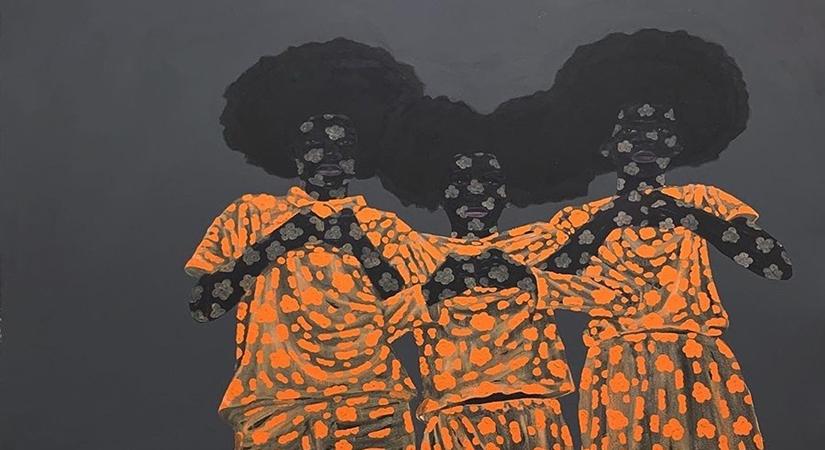 August 1, 2020 (IANSlife) A virtual exhibition dedicated to the promotion and empowerment of Black art, features the works of 22 Black artists, available both to admire online and for sale.

"Incorporating deeply personal aspects, each of these artists uses their mediums as guiding forces to construct images of identity – whether it be their own, a society or an overlooked community – in order to empower voices that have traditionally been silenced," the auction house said.

Adding, "The vulnerability of identity is showcased in these works, either conspicuously, as with the work of both Josh Paige, who depicts Black men with targets on their bodies, and Nelson Makamo who confronts Black stereotypes head-on, or more subtly, as with as the work of Yoyo Lander and Barry Yusufu who evoke universal emotionality and the vulnerability of time and progress respectively"

Among the exhibits is artist Nelson Makamo’s 'Untitled', from Blue Series, 2020. Makamo is best known for his charcoal and oil paintings of young women, men and children who are redressing decades of images that have perpetuated the stereotype that African people are destitute; his work provides a source of hope and optimism. He has been committed to distracting from that demeaning image by portraying African people in a manner that reverses this type of thinking.

'Say It Loud' features Collins Obijiaku’s Untitled, 2020 - a prime example of the artist’s celebration of blackness through elegantly constructed portraits. Through their gaze, the viewer is to be transported into a world where black people exist as themselves, innately elegant and unfazed by the world and its never-ending constructs.

Artist Yoyo Lander's two works in the exhibition includes 'The Deeper Longing is Greater Than Discomfort', 2020. Lander’s works prove to inhabit a distinct contrast in shade and colour. She achieves this by painting in watercolours and collaging her own works together – repurposing them into fragile portraits of identity.

Christie's says: "As these artists play upon perception, they call attention to the historical perception of “Blackness” and put it on its head, ambitiously challenging the viewer to redefine their pre-conceived and systematically  taught notions of Black perception and identity. Exhibited works live in their own self-constructed worlds, urging us  to confront perceptions of Black identity, the value we place on the healing conversations and commitments necessary to move our society forward."

Notably, there has a strong focus on Black identity following the recent protests in America and the world, registering popular anger after a Black man George Floyd died during an arrest for allegedly using a 20-dollar counterfeit note. The 'Black Lives Matter' movement also saw widespread resonance in India. The exhibit opened online on Friday and runs till August 18.