A stand-up comedian in lockdown 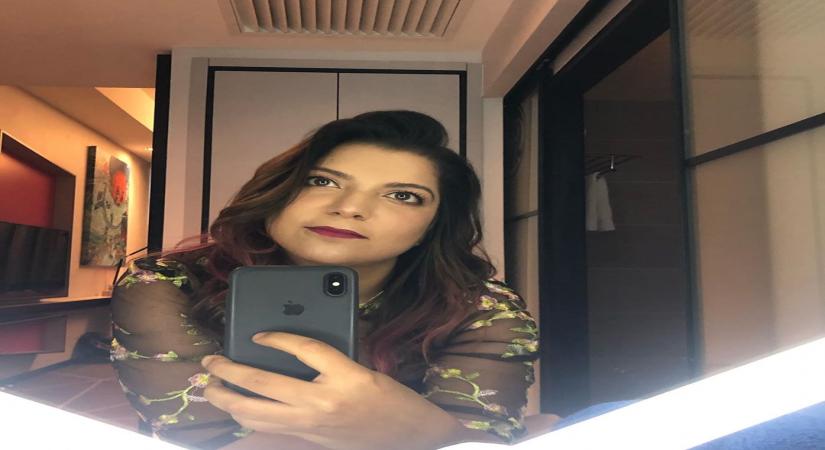 Humour is important through eternity - especially in these trying times, it provides a way to allay stress in uncertain phases

Mittal, who performed her first solo show ‘Things they wouldn’t let me say’ in 2013 at the Canvas Laugh Factory in Mumbai, and was invited by the BBC for the prestigious 100 Women Conference in London in the same year, says that a lot has changed in the stand-up comedy landscape ever since she started —  people can now earn their livelihood through this industry, contemporary political and social situations can be talked about and loads of fresh perspectives can be exchanged.

“Exciting stories are being told. Best part being, all you need for a stand-up is a mike and three people who are speaking. It's much simpler than going for a music gig, and considering the fact that it is so hassle-free, people are also doing it online in these times of COVID. There is a market for everyone, everywhere.

When it comes to women, I am not the only one performing anymore. I just did a ‘Queens of Asia’ comedy show where there were comedians from Malaysia and Japan. Just to be able to go and see women from other countries all over the comedy map is great. Even in India, you can name 30 women in our country who are on the map - the market is open, you just have to go and do it.”

Mittal, was featured in the American documentary ‘Stand-Up Planet’ and is presenting ‘Women in Labour’ along with filmmaker Christina MacGillivray, a freewheeling, no-holds-barred, comedy podcast looking at why women are disappearing from India’s workforce which was launched on March 8, says that she could immediately identify with the theme.

“I am the child of a working mother who has been my immediate example of multi-tasking - doing everything at the same time. She is someone I aspire to be. Being a worker myself has given me a sense of purpose and financial independence, shaping me to be the person I am. One day, Christina contacted me out of the blue, presenting me with facts about the dwindling number of women in the workforce in the country. So many questions came up, that it broke my heart. We had to do it and speak about this huge phenomenon and it’s impacts with guest speakers from all walks of life, including journalists, filmmakers, IAS officers, social scientists, economists, policy influencers, entrepreneurs and opinion-makers. Since starting, the reasons have changed. I now have a new vocabulary to look at the world around me. Being a part of this podcast has allowed me to learn a new vocabulary to discuss things that I could not otherwise express. It has definitely given me a platform to learn new ways of engaging.”

Ask her why in her opinion was India witnessing such a drastic dip in women in the workforce, and Mittal says that while speaking to experts during the podcasts, her take away was that they were not getting work. “Women get no help at home, making it extremely difficult for them to find any work outside. There’s a statistic that says that the average Indian woman spends 6.5 hours a day in unpaid labour versus a man who spends 45 min is unpaid labour. This shocked me. What also shocked me was the fact that are stories have such few representations of working women —  no mainstream movies, TV shows or books centre around them. The first necessary step is representation - to make sure there are enough working women in front of everyone’s eyes.

Stressing that she "belongs nowhere and everywhere at the same time”, she feels that it is a state of everyone’s mind nowadays. “We now live in the real world, but also the virtual one. Of course, considering the lockdown in the country, this doesn’t apply right now — but don’t we travel so much? That's what it is about. I developed this line of thinking as a part of my show called ‘Global Village Idiot’ where I was observing my travels from city to city, and country to country with my comedy.”

Even as stand-up comedy has carved a prominent niche in the entertainment quotient of metros, Mittal feels that even smaller towns are ready for the same, though with some tweaking of the content.

“In my 10 years of showing comedy, there’s one thing I have realised - never underestimate the power of people to understand your craft and what you do. I’ve had plenty of shows in tier 2 cities. One may face some difficulty in organising the logistics — but having said that, any tier 1, 2, 12, 14 - everyone gets the humour. The market is so wide. Yes,  content has to be tweaked as audiences change from room to room, if not from city and country. It varies drastically, and you have to tailor what you say.”

Excited about being part of ‘Disco Dancer’, a ‘Sa Re Ga Ma Pa’ karava production which will be a Broadway style musical, a stage show representation of the 80s classical movie, touring through the country this September, she adds, “Also, there is ‘Netflix is a Joke’ festival in LA, which is again in September. Otherwise, for now, I’m sitting at home knitting a blanket for my niece, who I’m sure will be too big for it by the time I am done. I’m working on my music as well - learning the ukulele and getting some vocal training. And obviously, fighting with my mother during this lockdown. One of us is going to emerge totally nuts after all this is over — and I am sure it will be me.”

Skunk Deepak can be contacted at skunk.d@ians.in