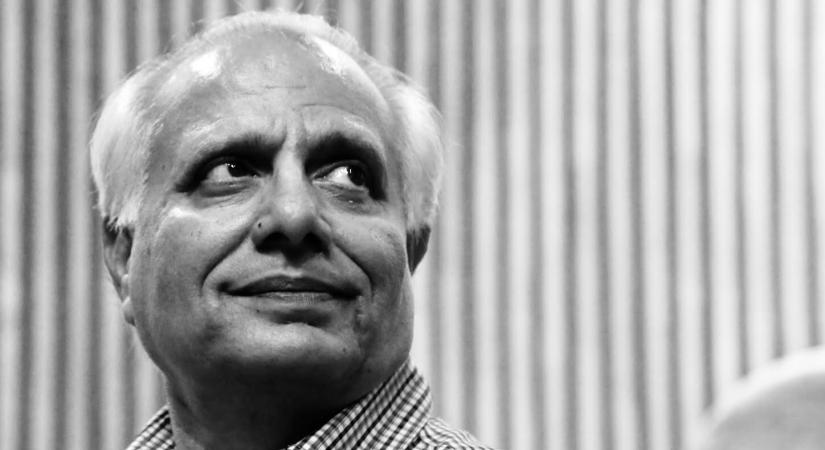 July 31, 2020 (IANSlife) Born in the times of harsh military rule of General Zia ul Haq, defying draconian censorship and indoctrination of a “certain kind of intolerant and bigoted Islam”, Pakistan’s best known theatre group ‘Ajoka’ prides itself with defiance in its grain. “We have learnt how to survive in difficult times and rely on our human resources, not financial or technological. Originally it was the young theatre activists led by Madeeha Gauhar, who managed to link social content with indigenous forms, and then the inspiration came from the enthusiastic support from our audience. The social commitment of our core team ensures that we stay on course and don't succumb to political, fundamentalist or market pressures...” says Shahid Nadeem, playwright and Director of Pakistan-based Ajoka theatre which has also performed widely across India.

Part of the recently released documentary ‘Pakistan’s Best Kept Secret’, which will be showcased during the first edition of Indus Valley International Film Festival (to be screened digitally from August 1 to 9), the playwright says that through the film that explores the extraordinary collection of Lahore museum, the team has tried to rediscover and re-acknowledge Pakistan’s past: Hindu, Budhist, Sikh, Islamic, and Colonial heritage.

“From the beginning, there have been two Pakistans, one which was born in 1947, turning its back to India and disowning its Indo-Muslim heritage, and another which was always there, from the times of Indus Valley civilization, which owned and admired its rich cultural heritage. But the ruling establishment always denied and even rejected the pre-1947 or pre-Islamic heritage. Lahore Museum is one great example, where artifacts and relics from the past 5000 years are kept, but very little is known about it in the country or internationally. A visit there acquaints us with the fact that we are inheritors of one of the most ancient and most developed civilizations: Mohenjodaro, Harappa, Taxila, Hindu, Sikh, Iranian and Arabic. Uk-based Anwar Akhtar played a major role in mustering resources for the project,” says Nadeem about the film which has already gained two million views on Facebook.

Lamenting that unlike the west, museums in our part of the world are mostly boring, and even scary places, he adds, “There are not 21st, or even 20th century places to visit for grown ups, leave alone children. Synonymous with lack of professional presentation, bad lighting, and the non-usage of modern technology and exciting forms of information-giving, we try to ignore museums in general, as they remind us of our glorious (and inglorious) past. In a way it also seems to suggest our unwillingness to learn from history. Museums ought to be happening and fun places -- linking our past to our present, and our future too.”

Talk to him about independent theatre groups in Pakistan, and he says that they are in a worse state as compared to their counterparts in India. “Corporates don't want to touch us as they regard us as political and controversial. The government considers us unreliable an a nuisance as our plays are critical of their policies. Not to mention, there is ideological resistance considering the fact that religious conservatives regard theatre and performing arts un-Islamic. We do get some support from progressive individuals and have now started acting and writing classes, but this is not enough to run an establishment.”

A bi-lingual playwright, whose collection of my 15 plays in Gurmukhi was published from India just a week back, Nadeem says that though Punjabi poetry is flourishing in Pakistan, the written script has been much ignored, even stigmatized in that country. “Despite the fact that it is the mother tongue of a majority of Pakistanis (Punjab being the 66% of population), it is not taught. Punjabi kids are forced to study in Urdu or English. There are no newspapers in Punjabi, hardly a TV or Radio channel at school or college level. The Punjab Assembly bars members to speak in the language. I teach at the Institute for Art and Culture which teaches Punjabi at the university level. Silver lining being that there are websites promoting Punjabi and also linking up with Gurmukhi .”

Nadeem, who is working on a new play written especially for the online medium which centers around a girl’s harassment at a local elite school says that though the initial days of the pandemic were a setback, Ajoka recovered quite quickly. “We produced ‘Manto Online’ last week and our ‘Cronologue Online Theatre Festival’ was a massive success,” he smiles.

Stressing that the theatre group is deeply committed to the cause of Indo-Pak peace and people-to-people contact, Nadeem points out, “We have produced plays and held Indo-Pak festivals to celebrate shared heritage. Traveling to India and hosting Indian artists has been a sheer pleasure. In fact, Ajoka has performed from Kashmir to Kanyakumari and Amritsar to Kolkata. We are still in regular contact with our counterparts in India and hope to resume our journey soon.”

Sukant Deepak can be contacted at Sukant.d@ians.in