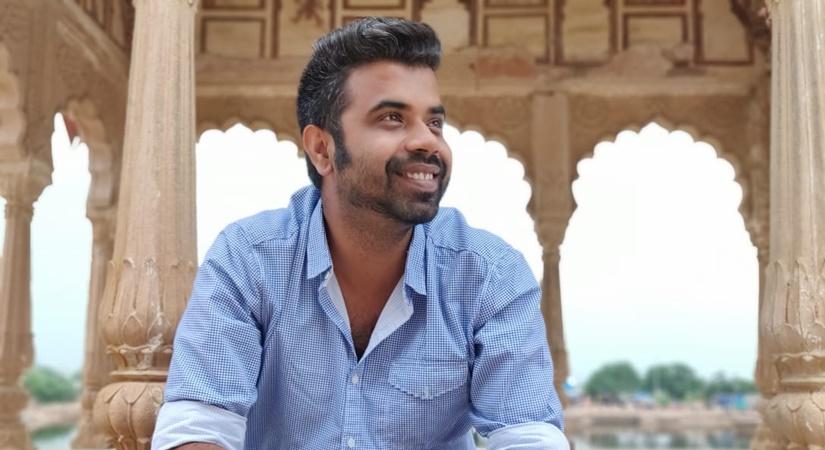 July 19, 2021 (IANSlife) He believes in writing the first draft of the entire script in one go -- and it does not really matter if it is not up to the mark. After all, the first one is about acquainting himself with the strengths and taking on the weaknesses. “This process of self-assessment is indispensable to sharpen my craft. Anyone who writes must know that it is not just about what is in the head, but also what comes out on paper. Many times, writers tend to get excited about what they have in mind...but may face a huge challenge when it comes to actually pen it down,” says film writer Rohan Shankar, who has written Laxman Utekar’s upcoming movie ‘Mimi’ starring Kriti Sanon and Pankaj Tripathi among others.

Talking about ‘Mimi’, Shankar, who has to his credit films including ‘Luka Chuppi’ (2019), ‘Suraj Pe Mangal Bhari’ (2020) says that after Maddock acquired the rights of the Marathi movie ‘Mala Aai Vhhaychy’, Utekar shared an idea about adapting the story. “I quite liked it and started working on it with a new approach. Barring the surrogacy part, we have changed almost everything. The story is impregnated with multiple messages.”

Stressing that real-life incidents and characters have always impacted his writing, he says that he always tries to pick up stories from facts, and then enhance them for cinema. “Almost all my films have characters inspired by events happening around me.”

For someone like Shankar, who always wanted to be a writer and did numerous odd jobs to survive until he found the right opportunity for his script, he recalls, “Alongside, I was writing my first film script. I took it to several producers but faced several rejections. However, after years of working on my scripts and developing them,  Laxman Utekar came on board with me for ‘Luka Chuppi’. Well, there has been no looking back ever since.”

Though not writing any Marathi film currently, he laments that the industry is dying a slow death. “How can it survive when people don’t buy tickets to go to the theatre? The lockdown has aggravated the situation. Marathi television and theatre have a huge following, but cinema does not... It can be revived only if people start watching Marathi films in theatres once the pandemic is a thing of the past.”

Pleased that OTT platforms have given new filmmakers and writers space to showcase their skill-set, Shankar says that now there's more work as compared to a decade back. “And that holds for actors and people in other departments too,” he says.

Adding that owing to the pandemic, a sizable audience has shifted to digital platforms, he smiles that nothing can beat the magic of collective viewing on a huge screen. “Frankly, I am a content person who can just ensure that I do my best when it comes to the writing part. How and where the movie will be exhibited is the producers’ calling.”

Shankar, who also acted in the film ‘Suraj Pe Mangal Bhari’, says he is an accidental actor and not really passionate. “But yes, I do plan to direct, but I am giving it time because it's a very responsible job. I am working on something, but it will take time.”

While his next movie will be ‘Helmet’, starring Aparshakti Khurana and Pranutan Bahl, the writer is also working on some other scripts. “Let’s talk about them when the time is right,” he concludes.