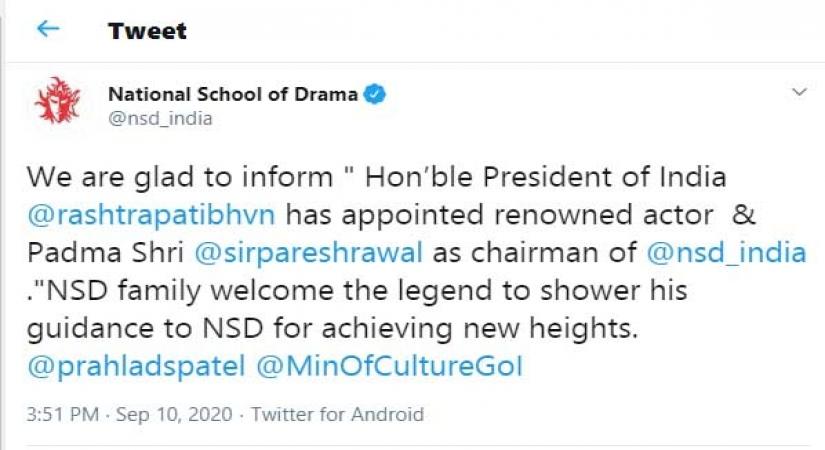 Rawal is a 2014 Padma Shri recipient and BJP politician

New Delhi, September 10, 2020 (IANSlife) Veteran actor Paresh Rawal has been appointed the new chairman of National School of Drama (NSD). The prestigious institute announced the news on Thursday on its verified Twitter account.

"We are glad to inform Hon'ble President of India @rashtrapatibhvn has appointed renowned actor & Padma Shri @sirpareshrawal as chairman of @nsd_india. NSD family welcome the legend to shower his guidance to NSD for achieving new heights," read the tweet.

Rawal, also a politician affiliated with the Bharatiya Janata Party, started his acting career in the eighties. Widely respected for his versatility, he has impressed with numerous award-winning arthouse performances as well as roles as the villain and the comedian in mainstream Bollywood films.

Rawal was honoured with a Padma Shri in 2014, and he won the National Film Award in 1994 as Best Supporting Actor for "Woh Chokri" and "Sir".