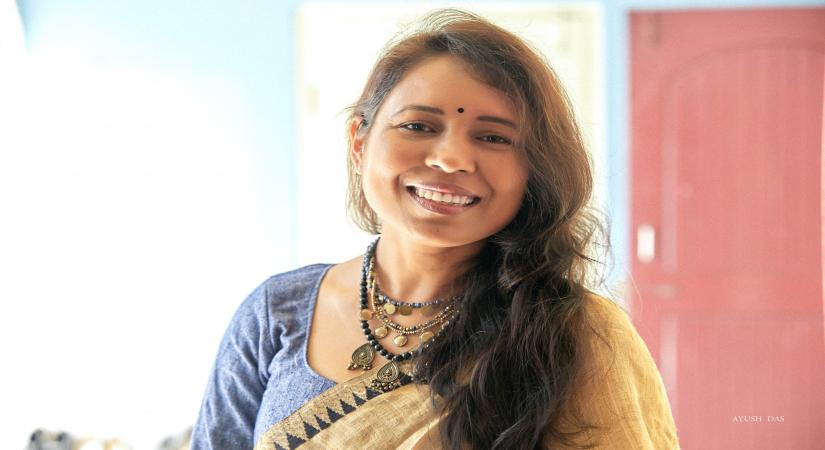 The audience never fails to surprise me. India is one of the biggest producers and consumers of content: Das

May 23, 2020 (IANSlife) Delicate lives at their most profound. No overt metaphysical questions, just rhythmic existence leaving enough room for interpretation. Stories, mostly wrapped under a thin disguise.

What she manages to say loudly is always with the silences and abandon of her characters. With glimpses of tales and images unseen, left for the imaginations of viewers, National-award winning filmmaker Rima Das always convinces --- there is never just one story.

All set for her next project after ‘Village Rockstars’ (National Award for Best Film and Best Editor), which was India’s official entry for the Oscars in 2018 and ‘Bulbul Can Sing’ that won the National Award for Best Feature film in Assamese, Rima reveals that her latest untitled would be a more “mature” story, unlike her previous ones. Though thinking and developing the movie for the past four years, it was while watching Tillotama Shome in ‘Sir’ at Cannes two years back that she knew she had found her actor, and things picked up pace. “We have had a lot of discussions ever since. The film is largely based in Mumbai. Though we were supposed to start shooting in March, the pandemic has delayed everything. However, I am also developing other stories in the meantime.”

Rima a self-taught filmmaker, who shot her first feature film ‘Antardrishti’ with a DSLR camera, which was screened at the Cannes Film Festival, Talinn Black Nights Festival in Estonia and Mumbai film Festival laughs when asked if all the critical acclaim she receives puts her under any kind of pressure.

“It was amazing to receive the acceptance of critics and audience for all my previous work. But frankly, that does not really affect my creative process or storytelling. I would like to continue making films the way I have been making -- giving my best while enjoying the journey. The curiosity that comes with creating something new and the urge to experiment remains intact.”

Stressing that her process is organic and personal, encapsulating how she looks at life, the filmmaker adds that she develops a bond with her characters and other elements that become part of the narrative. “It's a very exploratory journey I undertake with my characters. The writer and director in me always wants to go on, but as a producer I know better. It took me three years to make ‘Village Rockstars’ -- writing, scouting for locations, shooting and editing simultaneously. I made ‘Bulbul Can Sing’ over the course of a year, and edited it in a month while traveling to festivals with ‘Village Rockstars’."

Adding, "Many times, there are new developments as I start shooting. The character of Bonnie in ‘Bulbul can Sing’ was included and cast when I finished shooting almost half the film. I could do a lot of back and forth because these were done autonomously. If I am making a film with a crew, then I would have a more regular process.”

Though based in Mumbai, all her films are set in Assam. Rima, who came to Mumbai to be an actor, feels that she values Assam more because of Mumbai. “Mumbai is very special for me. I grew up quite sheltered in Assam. However, after completing my Masters, when I came to Mumbai, I was on my own. During my acting journey, I felt people looked at me with contempt something which hurt me no end and took a toll on my confidence. Each day, I was dying and being reborn. The ego, pride was fading away. I learnt to become independent and value the little things in life. It's in Mumbai that I found my purpose of telling stories. I am happy that now I have two homes. I am looking to explore Mumbai in my films like I did with Assam.”

Rima, who not only directed but also shot, edited and did the production design of her last two films admits that it was both difficult and challenging --- the biggest barrier being the belief that she could do it. “At every stage there were like these two voices in my head. When I felt tired and would want to give up, that inner voice would push me to keep going. In my mind, I didn't breaks the film into departments. I looked at it as a painting -- visualizing the story, scene by scene over a period of time, seeing my characters, the locations, what they will wear, the mood and the emotional journey. While shooting, I am executing what is already inside me, and then there are new things that surprise me. It's seventy per cent imagination and thirty per cent improvisation, but not divorced from real life.”

Working with non-actors works for this filmmaker has always been an interesting experience. “And sometimes they surprise me no end. If someone is too confident and thinks they know it all, it leaves very little room to explore. They are so tender and vulnerable, therefore flexible. And considering their curiosity and willingness to explore, the dynamics become very interesting for me as a filmmaker.”

Asserting that she has not missed going to a film school until now, learning from watching films of masters and contemporary filmmakers, Rima says that for her the craft stands for self-expression. “I knew a few things about filmmaking but there was much out there. Like a child, I was exploring and creating without any method or rules, something that enabled me to make three films. But now I feel if I go to a film school I can learn technical aspects of direction, editing, cinematography in more detail.”

Insisting that it unwise to underestimate the intelligence of the audience, Rima cites the example of ‘Village Rockstars’ which despite an unusual structure, no background score or stars, and a lot of silence not only did well at international and Indian film festivals but also invited full-houses for six weeks when it was released in Assam.

“Now the response on OTT platforms is overwhelming. The audience never fails to surprise me. India is one of the biggest producers and consumers of content. No wonder, OTT players that began with curating and offering already produced films, have diversified into creating fresh content here, some of which is quite experimental.”

Hoping that the government will step in to make things easier for independent filmmakers, she adds, “Just look at the number of Indian films that make it to top festivals like Berlin, Toronto and Venice. The only thing that holds them back is lack of marketing and promotion. Government assistance will definitely push things in the right direction.”

Sukant Deepak can  be contacted at sunkant.d@ians.in