New book details the inside story of UPSC exam preparation 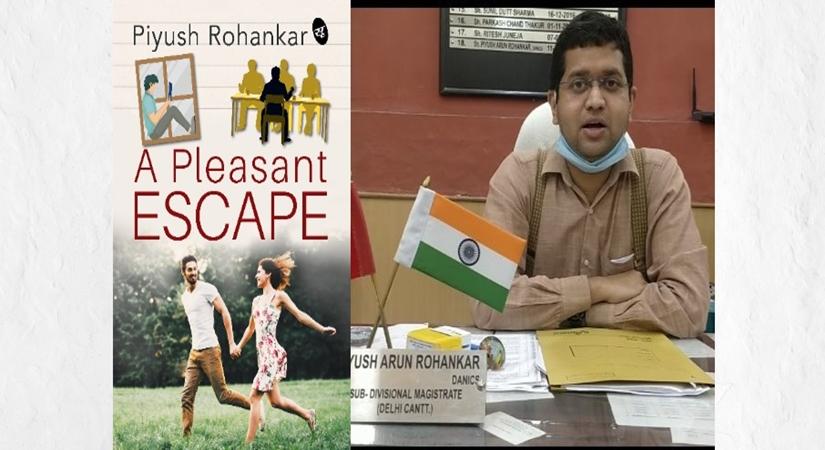 October 22, 2020 (IANSlife) Each year, over six lakh aspirants appear for the civil service examinations in India, with months of grit and toil behind them. While the headlines may capture the success stories well, the UPSC aspirant life remains largely obscure, and so do the stories of those who do not make it. Featuring first-hand vignettes of what that life is like, is the novel 'A Pleasant Escape' by Indian civil servant Piyush Arun Rohankar, who cleared the UPSC civil service exam in 2014.

The book published by Srishti Publishers launched earlier this October, and is based on the lives of IAS aspirants. It is the story of Alok Shirke, a bright student from Maharashtra who moves to the crowded lanes of Delhi's Old Rajinder Nagar, where thousands of civil service aspirants flock to take coaching for the country's toughest exam. From his small rented room, to the ambitious swarm at Khan Study Group, Alok forges friendships that sustain his time in the aspirant hub. A fine, quick read for anyone curious about the UPSC exam preparation, 'A Pleasant Escape' builds up as Alok, and his friends, sit for multiple attempts at the exam, their eyes trained on the end goal, and hearts meandering through love, heartbreak and friendship.

Ending in a profound, surprising revelation, the work of fiction also touches upon the pressure to succeed and the prevalence of suicide among civil servant aspirants. "IAS/IPS are considered to be one of the most prestigious jobs in the country and therefore, lakhs of aspirants prepare for this exam. However, very few seats are available and therefore not all can clear this exam. That's why it is considered to be one of the most difficult exams to clear. Also, many people, because of associated pride and prestige, get emotionally attached to this exam and when they fail, they feel that they will be socially embarrassed. In order to avoid this embarrassment, they commit suicide," the debut author Piyush Rohankar, who was allotted the allied service DANICS, told IANSlife about the book.

"Also, many aspirants prepare for UPSC because of parental and societal pressure. When they fail to clear this exam, they get frustrated and feel they have failed their parents and society, they end up taking this extreme step. Sometimes the aspirants want to prove their worth to the society, parents, or to someone they love by clearing this exam and when they unable to clear it they end up taking this extreme step. Some of them take it because of financial reasons, especially when after years of attempts and financial investment they don't clear this exam and don't find any other job," added Rohankar, who appeared for UPSC after obtaining a degree in engineering and an MBA in Finance.

Peppered with his own experiences, and the vices and virtues of the UPSC aspirant life, 'A Pleasant Escape' is a deep, relatable insight into what it is like to prepare for the 'mother of all exams'.