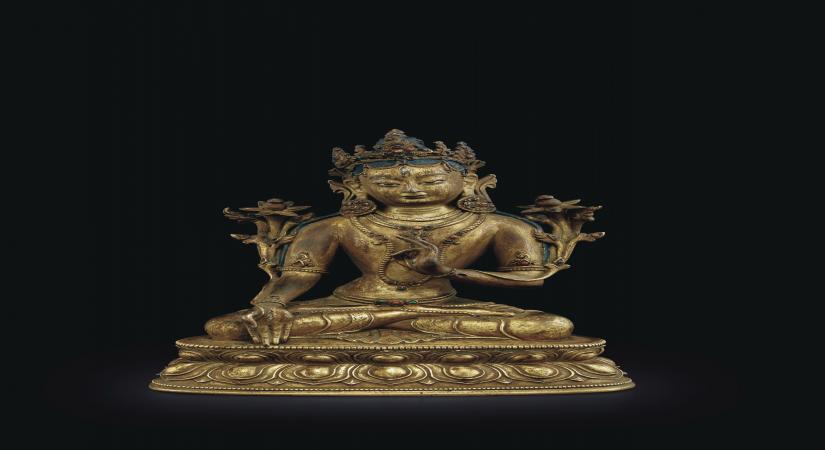 August 1, 2020 (IANSlife) Buyers from across 22 countries collectively set a new benchmark for the online sale of Asian art, totalling $8,952,625 establishing the highest total achieved for an online-only sales. Christie’s hosted this first-ever Asian Art Week Online where the top lot of the week was a painting by Tyeb Mehta (1925-2009), which realized $975,000, achieving the highest price for a South Asian Modern + Contemporary work sold since the lockdown for the category in an online auction.

Tina Zonars, Co-Chairman of Asian Art at Christie’s, remarked: “We are delighted with the strong results achieved for our first-ever online installment of Asian Art Week, which established new benchmarks for the value thresholds of transacting online for all categories of Asian art. Throughout the virtual sale week, we had buyers from 22 countries hailing from across Asia, Australia, Europe, and the U.S. with competitive bidding witnessed for each sale. This lockdown period has been an unparalleled time of change and innovation. As an organisation we are leading the way with innovative offerings and developing digital platforms that allow us to serve our clients to the highest standards possible. We now look forward to our fall season of sales beginning in September in New York.”

Highlights of some of the Latest online Sales

One of Tyeb Mehta's earliest and most seminal explorations of the 'Falling Figure' was presented for the first time at auction and realized $975,000, achieving the highest price for a South Asian Modern + Contemporary work since lockdown and setting a new benchmark for the category in an online auction.

The top lots of the sale were an iron articulated sculpture of a crow, Edo Period (19th Century), which sold for $100,000 against a low estimate of $40,000; and Korean screen from the 19th century, titled A Mounted Set of Sixty Leaf Paintings, which realized $100,000 against a low estimate of $30,000. Strong prices were also realized for Japanese woodblock prints by renowned artists such as Hokusai, Hiroshige, Hasui, and Tsukioka Yoshitoshi.