Music is the finest way to meditate: Sohini Roy Chowdhury 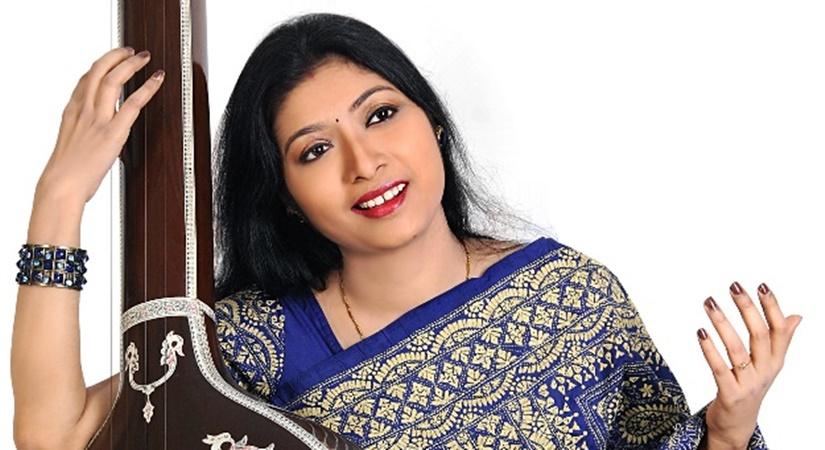 Striving to develop a unique style, she feels that every Raag has its own beauty and temperament but portraying it soulfully, so that it touches every audience, is a big challenge

June 11, 2021 (IANSlife) Starting her musical journey at the age of four under the tutelage of her paternal uncle and guru, the legendary R. D Burman and her grandmother Smt. Bokul Sengupta, she clarifies that her childhood was real fun. “I have been a very diligent student, and also took interest in sports like swimming, basketball, and cricket. At the same time, I was very inclined towards all forms of music and dance. My grandmom Smt. Bokul Sengupta was the founder of Geeta Bithika Academy of Music & Dance, a reputed school in Kolkata. Hence, I could attend all the classes be it in painting, vocal, dance at ease,” says classical vocalist Sohini Roy Chowdhry, who is a Sangeet Prabhakar in Bharatanatyam along with vocal musician; not to mention, a qualified Chartered Accountant and CFO with a top multinational company.

Interestingly, after Chowdhury participated in ‘Zee Saregamapa’, she received multiple offers and could have stayed back in Mumbai, however, it was classical music she wanted to pursue.

Talk to her about how she straddles two entirely different worlds of classical music and corporate, and the vocalist says that music is definitely closer to her heart. “However, my father, who is a Chartered Accountant and a musician, always wanted me to be a CA. While I wanted to fulfill his expectations, it was important to pursue my dreams as well. It does take that away from your work-life balance, but at the end of the day, it gives me a sense of satisfaction, doing something productive every minute. Moreover, in today's world, financial stability has become a challenge for many musicians like us. Hence it's better to be blessed with a job and then pursue music.”

The vocalist, who frequently travels to remote areas with Spic Macay to promote art and culture says that being born in a family of musicians, it was expected that she learnt the nuances of Classical Music, but there was no pressure. “It was entirely up to me to pursue the genre of my interest.”

For someone who also runs the NGO Geeta Bithika Academy of Music, Dance and Painting' that aims at promoting art and culture and organises monthly programs to encourage children to at least know about Indian heritage and culture, even if they don’t take it up as a profession, she says, “Music can at least be taken up as hobby. It is the best way to meditate, facilitates you that peculiar inner peace,” says Chowdhury.

Lamenting that there were very few scholarships, and a dearth of funds for classical arts, she says that it is high time that adequate attention be paid to culture and heritage. “It must be preserved by encouraging the younger generation by means of grants, scholarships and classical programs. We need to have dedicated television channels on classical music discourses.”

The vocalist, who will be seen in HCL Baithak on Friday says that the corporate house was doing a commendable job in encouraging art and culture. “It is high time that others too come forward and do their bit.”

For someone who has done 75 digital concerts in the past year, she feels that the medium has been instrumental in reaching out to different audiences all over the globe.

“Digital concerts definitely have a peculiar advantage. It has helped us to be known everywhere and propagate classical music across the globe. Of course, performing and interacting with a live audience is something which I really miss. Also travelling to different places, performing there, conducting workshops, getting to know new people, making friends... all that has come to a standstill -- something I miss tremendously.”

Striving to develop a unique style, she feels that every Raag has its own beauty and temperament but portraying it soulfully, so that it touches every audience, is a big challenge. “That is something I am trying to achieve. Fortunately, I have learned many bandishes from many great maestros and would like to document them for the future generations someday,” she concludes.