Music applications have made things transparent for all: Tanishk Bagchi 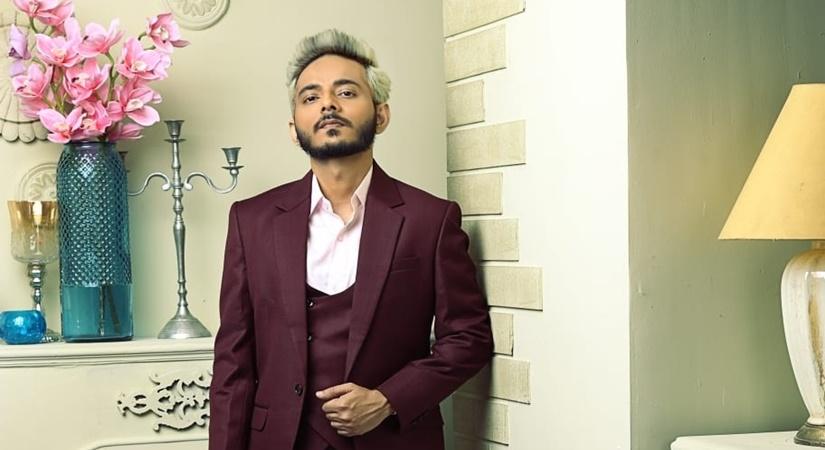 Bagchi is known as a composer and singer, but it is writing that is closest to his heart

January 6, 2021 (IANSlife) "The most important thing that modern-day music applications have ensured is transparency. Not only have they killed piracy, but also ascertained that the artist gets the due royalty. Everyone involved now knows where the song is being played, and the kind of revenue that it is generating. Yes, it would be fair to say that they have completely revolutionised the industry," says composer, producer, singer and lyricist Tanishk Bagchi, who was the most-streamed singer on the music app Gaana in 2021.

Bagchi, born in a family of musicians (Nandakumar Bagchi and Sharmistha Das) says that growing up listening to music from his parents is what made him adopt this career. Nominated as the best lyricist for his song 'Ve Mahi' from the 2019 film Kesari at the 65th Filmfare Awards, he adds, "But I was saddened by the fact that despite working so hard, my parents did not make the money they deserved. However, during our long sessions, my father would always emphasize the spiritual takeaways from music and how one had to devote his/her entire life to the art form. Before coming to Mumbai, I had a lot of compositions in my bank, which helped me immensely," says the artist who initially released two albums in Bengali -- 'City Life' (2007) and 'Chokher' (2010).

The artist, who debuted as a solo composer in the song 'Samandar' in 'Kis Kisko Pyaar Karoon' agrees that in India contemporary music is almost synonymous with Bollywood, and independent musicians mostly travel a rough road. "Yes, it tends to get lost in film music. In fact, I did a song for Spotify with a new independent artist, and the experiment worked. Frankly, I see collaborating with independent artists and putting them in Bollywood films as the way forward."

The artist, whose remake song 'Humma Humma' from the 2017 film 'Ok Jaanu' went on to receive over 200 million views on YouTube admits that initially, he did not want to get into recreation as he is an original artist. "But then, there is an opportunity that comes in a lifetime. AR Rahman has always been an inspiration and I took permission from him. Directors and producers started approaching me for other recreations, to which I couldn't say no. It is a learning process for me. From working on a song, I get to know what the original musicians' process was like and how the instruments were used. So, it has helped me develop. And for people who criticize remade songs, well, they are not very wrong. After all, they have been 'living' with a number for a long time, and suddenly, someone comes and changes the format... I understand that."

Despite struggling for more than 15 years in the Hindi film industry, he has no regrets. "When directors and producers approach me now, all the hard work seems worthwhile."

Bagchi is known as a composer and singer, but it is writing that is closest to his heart. "I have been writing stories ever since I was a child, it has always been a passion. Music production is something that I developed on the way. And I feel very happy to be producing songs. Everything about music enthrals and completes me."

Adding that the app 'Gaana' is his favourite, as it has a massive reach, he says, "When my song comes on this app, it reaches the people who listen to my music. These are the people who have made me who I am today," concludes the artist.