Multiple rhythms for a unique sound 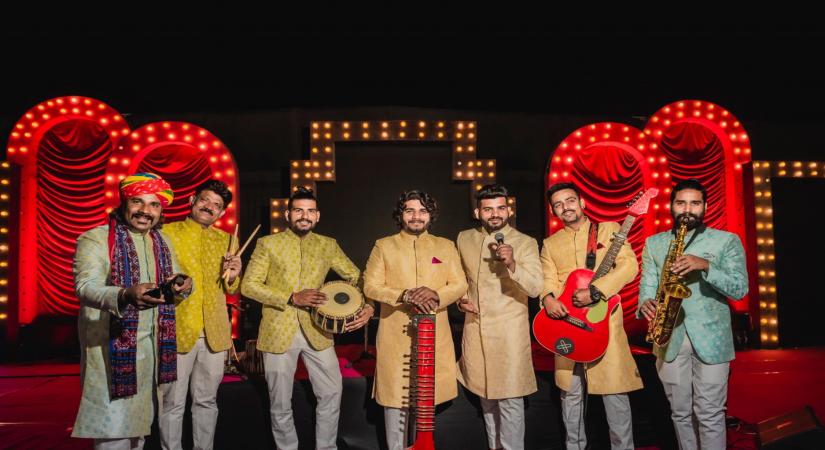 "All of us love to experiment in order to create a unique blend of traditional and modern music," says Singh

Co-founder of the band, Pratap Singh tells IANS that while travelling across the country, they realised that the audience connects with them more intimately when they listened to music close to their local language. "This is how we started to experiment mixing multiple genres in a concert. For example, we found that the audience likes to listen to Rajasthani Folk but not hundred per cent. People admire Sufi but not essentially a complete concert devoted to that genre. We start to change the flow after 15-20 minutes, and it has really worked," he says.

Founded in the year 2014, when Singh met Arif Khan for the first time at a concert, the former recalls, "Khan was a freelance musician then. We clicked instantly and continued to meet. There was no doubt in our minds around the possibility of creating a band together. And that is how 'Swaraag' began."

Lamenting that it was extremely tough for an independent band or musician to survive and make a mark in the industry dominated by Bollywood, Singh smiles that though it has been a roller coaster ride for them, it is the recognition from their fans and followers that keeps them going. "We have learnt so many things from this industry and we stick with our principle of not using any electronic patches in our live performances."

Talking about last year's lockdown and the grim situation ahead considering the second wave of the pandemic, he says, "It is tough to explain how traumatizing it was initially. However, we learned from the unprecedented times. But yes, there were many delayed projects pertaining to album recordings and social promotions which we managed to complete during that period. Lockdown taught us that nothing can replace your quality of work, and the importance of skills to market your work," says Singh.

Talking about novel ways to reach new audiences, the band's co-founder admits that social media has the ability to make things viral overnight. "For the music industry, it has provided support to independent artists and will continue to do so."

Stressing that 'Swaraag', which also uses traditional music instruments such as Khartal-Morchang and Zitar is in fact an attempt to bring people in touch with their roots of the traditional music, Singh feels that sometimes 'fusion' is quite a misunderstood term. "In 'Fusion' one can create a blend of any classical & western in 40:60 ratio or 30:70 ratio. It's really hard to define it."

Recently a part of HCL Concerts 'Soundscapes', the band members feel that not just the government, but the corporate sector too needs to pitch in when it comes to promotion of arts. "We have been collaborating with HCL for the past three years, and it has been a fruitful partnership. Let's hope some more business houses come in," says Singh.

Adding that experimentation is the key word for them, the co-founder says that while the group boasts of artists belonging to different gharanas, the most important key is the liberty to experiment with the music till one is satisfied. "All of us love to experiment in order to create a unique blend of traditional and modern music," says Singh, as the band is working on an original song which is in the final stages of recording.