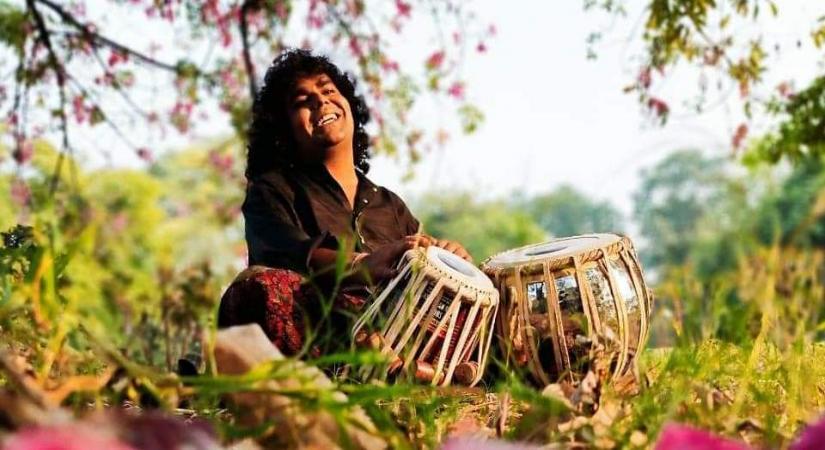 As a musician, our ultimate aim should be to provide tranquillity to the listeners through our music, says the tabla player

November 13, 2020 (IANSlife) Carrying forward the artistic legacy of his grandfather and tabla genius Pandit Chatur Lal, who was one of the pioneers of tabla on world stage, young tabla player Pranshu Chatur Lal says that one must not forget their cultural roots and essence, even if one continues to experiment with music.

Pranshu was part of a commemoration concert 'Smritiyaan' by Pandit Chatur Lal Memorial Society, marking his 55th death anniversary and celebrating his contribution to Indian classical music. He had passed away at the young age of 39, with an indelible mark on the music scene.

Speaking about the arts heritage he inherited, he told IANSlife that his grandfather played the tabla since his childhood and had a good name.

"He came to Delhi in 1948 and started as a staff artist at All India Radio. He then came in touch with Pandit Ravi Shankar Ji and created a huge difference just in 2-3 years enhancing his playing with a closer understanding of the audience. In 1955, he was the first Indian player to introduce Tabla to the western audience with Ustad Ali Akbar Khan Saheb. He created his niche internationally and was the first Indian Tabla player to have a solo LP record by Hollywood. Soon, he was also the first Indian Tabla player to be known for the first ever jugalbandi with western drums with God of drums, Papa Jo Jones which was a live telecast by Ford Foundation under Robert Saudek which also showcased other legends Urbie Green, Ruby Braff, Toni Scott and Ronnell Bright.

"Then in 1956 -57, he went with Pandit Ravi Shakar Ji and then they bagged the special BAFTA Award, Oscar nomination for a Canadian animated film 'A Chairy Tale'. In such a short time, his journey had been so organic despite the absence of technical advantages we have today. . His ‘Baaj', style of playing and his Bols (language) was so clear and his ‘chaat’ on the Tabla had a vibration of different levels. With all these distinguishing features he reached great heights. He then went to Australia on a world tour with Smt Sharan Rani Ji and likewise, his journey went on. Unfortunately, on 14 October 1965, being at the peak of his glory, he passed away suddenly. There was a mourn not only in India but also in Germany. That was how much he was loved and adored globally. The American Embassy, the German embassy started having concerts in his name to pay tribute to the legend who created a big difference in  their country, introduced the nuances of Indian percussion and created a name for himself worldwide. Similarly, my father Pandit Charanjit Lal also worked hard to promote Pandit Chatur Lal Ji’s name," he shared. 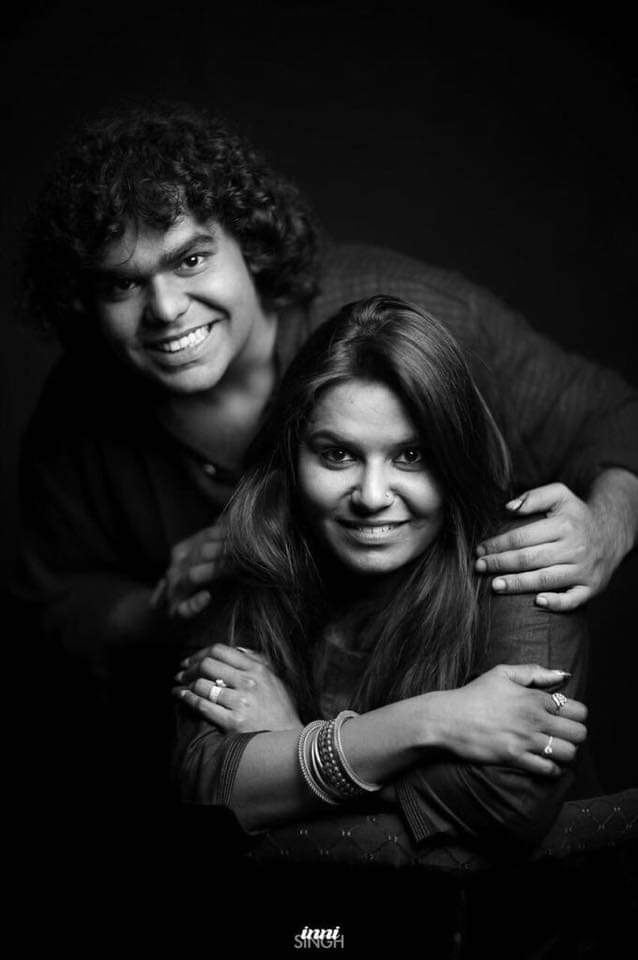 During their childhood days, the tabla wizard's grandchildren -- Pranshu and his elder sister Shruti Chatur Lal -- listened to stories as how Pandit Ravi Shankar and my grandfather (who they lovingly call ‘Taa’) after finishing the concerts, used to again sit with their instruments for  their ‘riyaaz’ (practice) the entire night. "Me and my sister used to be so mesmerised listening to his life stories; which actually got us know our grandfather more personally though we never saw him met him but decided to continue Pandit Chatur Lal Ji’s legacy in our own ways and follow his footsteps as his torch bearers for the commendable work he did."

Being part of the Indian classical music space, does he see artists and patrons honouring and valuing music legends enough?

"Earlier the time was different the listeners were different, and hence the ‘Baaj’ was also different. If we look at today’s time, there is a lot of western influence and I don’t think that this influence is wrong. We have western classical, blues, jazz and other different music genres that have its aroma. The artists are doing extremely well in experimenting and bringing it's different flavours. But the most important is, although you continue to do musical experiments, do not forget the roots, the real essence of your own culture," he said.

Adding: "I, myself have done so many collaborations with Polish, Mexican, American, Jazz and also played with the maestros like George Brooks, Horacio Franco, Park-Eun-Ha. There is no harm in experimenting with various genres but at the same time if we are following your Sanskriti, and it's roots then there is no way we are forgetting our performing arts heritage and no cost is involved. Maintaining your cultural roots by adjusting to the ambience and musical taste as per the changing times should be the trend."

Speaking to IANSlife, his sister Shruti, who is also associated with the Memorial Society, recalled an instance from 2005 when she and my brother Pranshu went to Germany to perform। "There we met a lady who came with a recording of my grandfather’s performance along with Pandit Ravi Shankar Ji from the year 1957. Her love towards his music was so overwhelming that for at least 15-20 she was crying saying how much she misses him and his performances."

In 2009, the family set-up a museum 'Taa-Dhaa' where all belongings of Pandit Chatur Lal are preserved.

Concluding with a few thoughts on the Indian classical music scenario, Pranshu shared: "Every artist has her/his language and thought process towards their music. I think everyone gives their best while performing. I would like to say irrespective of the music genre one opts for, stay in touch with your roots and culture and keep learning. My father always says that there is no age to learn, the music is one huge sea where the more you learn the deeper you go. Overall, it is a learning process and we all should learn to experience the depth of music. As a musician, our ultimate aim should be to provide tranquillity to the listeners through our music."