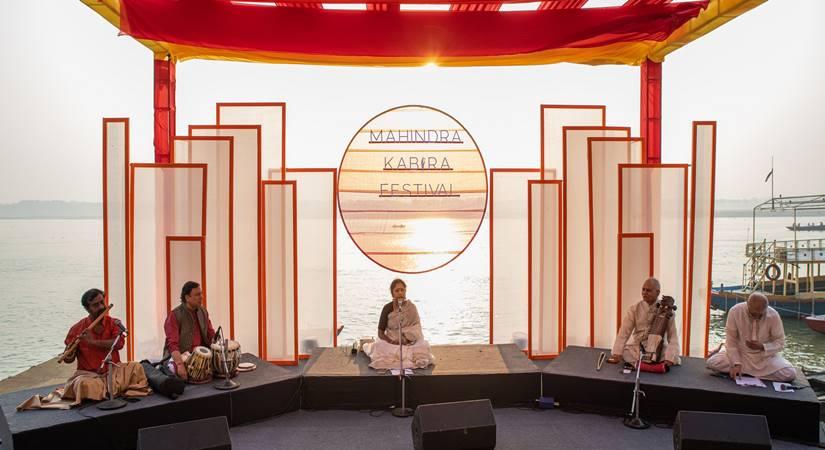 The sun sets on this year’s festival in Varanasi

November 23, 2022 (IANSlife) Honouring the legacy of the 15th-century mystic poet Kabir, the magnificence of the ghats and the unique cultural flavour of Varanasi, the sixth edition of the Mahindra Kabira Festival concluded yesterday.

Amidst the chaos of the oldest city, the two-day festival began with a musical morning programme featuring Hindustani classical vocalist of the Indore Gharana, Rama Sundar Ranganathan on the tabla player and Ustad Akhtar Hasan and Pt. Bharat Bhushan Goswami on sarangi.

Afternoon sessions embraced the ‘oldest city in the world’ with Kabir’s teachings and his philosophies. A storytelling session on Kabir Das through the art of dastan-e-goi, showcasing Fouzia, performing Dastaan-e-Kabir, an eloquent, rhythmic rendition of Kabir's multidimensional expressions through his dohas.

Next was the act titled Kabir Panguda Allah Ram ka featured Purushottam Agarwal and Vipin Heero who created a memorable and hum-worthy experience for all the Mahindra Kabira attendees. During the session, Agarwal said, “Kabir was not the first or the last one but he was unique. He had his own voice for his thoughts. There is a need to minimize him as a love poet and know that his beliefs and teachings were more philosophical and rational. I've been influenced by Kabir and like every other north Indian.

Sanjoy K. Roy, Managing Director, Teamwork Arts, said, “The past two days saw captivating performances, that include visual, theatrical, yet a musical and philosophical aspect of saint Kabir, set against the sacred Ganga in the city of Varanasi. We are truly grateful to all the artists, partners and audiences who have come from all over the world to be part of our efforts to keep the spirit of Mahindra Kabira alive.”

Jay Shah, Vice President, Head - Cultural Outreach, Mahindra & Mahindra Ltd., said, “As the sun sets on this year’s festival, we leave Varanasi with the promise of returning next with another soul-stirring festival.”