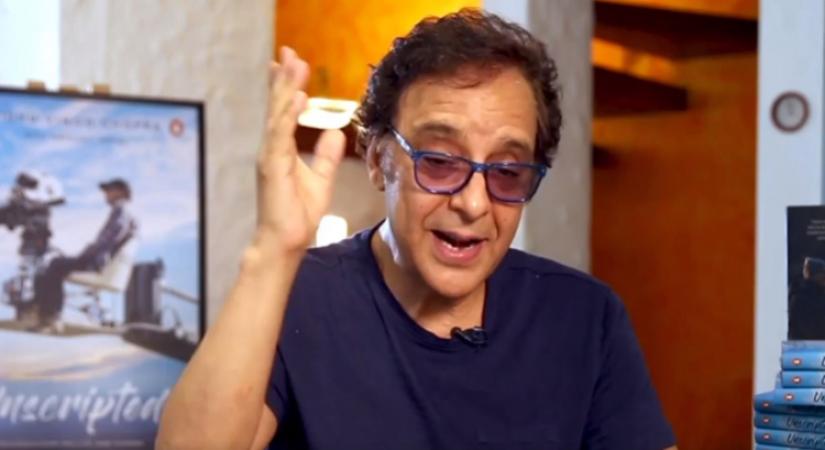 Though several of Chopra’s films have been made on a wide canvas, the filmmaker has always ascertained that the budgets never went over the top

February 21, 2021 (IANSlife) One of the few filmmakers of his generation to work consistently across genres, Vidhu Vinod Chopra smiles that he has never believed that he belonged to the formula-driven industry. “I don’t even go to collect awards. Most people don’t like me, and I don’t like most of them-- so it works perfectly. For me genres do not exist. Would it not be so boring to eat the same cuisine every day? After ‘Shikara’, I am now working on a movie titled ‘Baarish’, which is a thriller. It makes so much sense to explore different lives. My needs are limited, therefore I do not need to compromise. Also, for me, life is greater than cinema,” says the filmmaker who won the National Award for his film ‘Murder at Monkey Hill’ when he was 24 and went on to be nominated for a Oscar for ‘An Encounter with Faces’ two years later.

Speaking on his new book ‘Unscripted: Conversations on Life and Cinema’ with scriptwriter Abhijat Joshi, moderated by Vani Tripathi Tikoo at a session during the ongoing Jaipur Literature Festival, Chopra, looking back at his journey from a childhood in Kashmir said that it had been both extraordinary and unbelievable. “Life has been beautiful, and for that I must thank my biological and cinema family which has always saved me from my own madness,” said the filmmaker behind movies like ‘Parinda’, ‘1942: A Love Story’, ‘Munna Bhai’ series, ‘PK’ and 'Shikara'.

Joshi, who has been a screenwriter for ‘Lage Raho Munna Bhai’ , ‘3 Idiots’, ‘PK’ and ‘Sanju’ added that in all the years he has known Chopra, the most striking aspect of the latter’s personality has been his sense of humour, making everyday meaningful. “He may go through a low phase, but he is never out. He has this peculiar ability to find something to smile about.”

For Chopra, the courage to dream has been one of his greatest abilities. Adding that he was clear that he would never “sell his soul”, the filmmaker recounted, “I have always followed Ernst Ingmar Bergman’s commandment that cinema should entertain, but without selling the soul. And this holds true in my own life as well. In this age of information technology, I can create any image of mine. But would that lie not make me unhappy?”

Joshi added that several incidents, anecdotes, impressions and stories told by Chopra have stayed with him for decades. “Precisely why they have a lot of value.”

Though several of Chopra’s films have been made on a wide canvas, the filmmaker has always ascertained that the budgets never went over the top. “When you invest beyond Rs 200 crore, compromises seep in and one tends to dumb down everything so as to make it more saleable. In other words, you sell your freedom when you spend more.”

Giving credit to Nasreen Munni Kabir for pointing out that the conversations between Joshi and him called for a book, Chopra recalled, “The manuscripts of our conversations during script discussions were lying in my closet for several years. Kabir saw the potential.”