Learnt everything from our father, say Nooran sisters 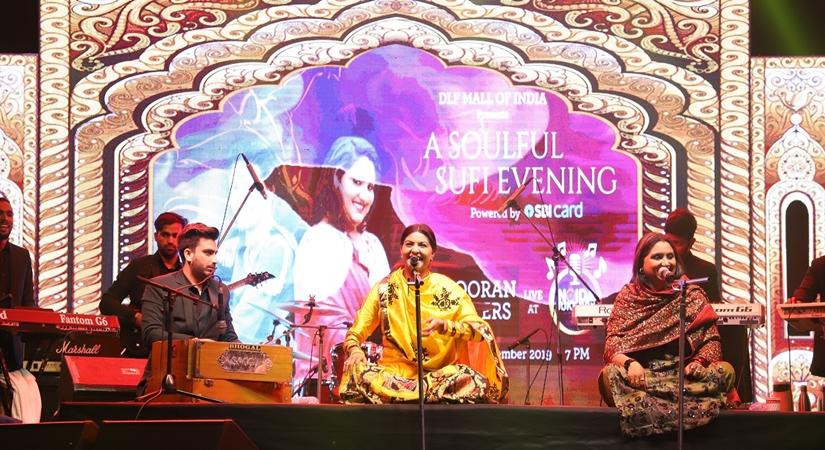 December 2, 2019 (IANSlife) Born in a musical family, Nooran, Jyoti and Sultana, got their first big break with the song 'Patakha Guddi' (Highway), and have become a rage since then, but credit everything to their father under whose tutelage they learnt.

Having been 'Filmfare' nominees, they have sung in Bollywood movies such as Sultan, Mirzya, Dangal, Jab Harry met Sejal and Bharat.

"Whatever we have learnt, is from our father. We used to do riyaaz at four in the morning, before school. Upon return, we rehearsed entire sargams, qawwali and songs. Even if we do something new today, he makes us rehearse it. He makes us sit down, and sees if a composition is suiting our vocals," the sisters told IANSlife on the sidelines of a sufiana performance at DLF Mall of India recently.

The duo has sung various tracks ranging from popular Sufi Kalams to Punjabi Folk and Bollywood numbers in their signature style.

Asked about the Sufi music they are known for, they said that Sufi music is very different and cannot be compared to something else.

known for their powerful rustic vocals and mesmerizing Sufi singing prowess, the sisters revealed they have done new songs for some Bollywood movies that will be out soon.