I never imagined this kind of success: Author Chetan Bhagat 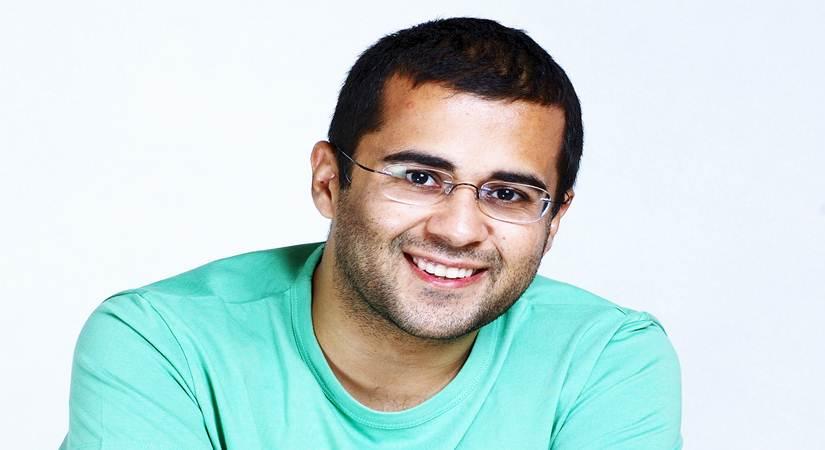 Writing means starting with a blank piece of paper, so it is the ultimate creativity

September 18, 2022 (IANSlife) He is now ten novels and three non-fiction books, five of his novels have been adapted into Hindi films, He was included in Time magazine's list of 'World's 100 Most Influential People' in 2010... But there was a time when his first book ‘

‘Five Point Someone' (2004) was rejected by multiple publishers. Rupa Publications finally accepted the book. The rest is, as they say, history.

“I had little hope from it. For me, it was just enough to get published,” author Chetan Bhagat tells IANS.

Stressing that every new work holds a special fascination, he adds, “The ability to create worlds and characters that do not exist, but making them so real that it is hard to believe that they are fictional... Writing means starting with a blank piece of paper, so it is the ultimate creativity.”

After the big screen, the author, who is now keen to get his works on OTT is currently focusing on his new Audible original podcast ‘Deep talk with Chetan Bhagat’ where he interacts with accomplished Indians from different walks of life and gets them to share their learnings through life.

“Honestly, while the podcast is for listeners, I personally learn a lot from what the guests have to say. And yes, I have also become a much better listener, which is a huge bonus. I think audiobooks have a bright future. They involve less effort than reading, but still, you can absorb a book just as well. Not to mention the deep penetration of mobile phones, which makes audiobooks much.”

A few years back, Bhagat shifted from romantic to mysteries, which he says was to reinvent his writing, and himself. “For me, it is more creatively satisfying and fun when I do different things over time. And if I am having fun, my readers will too. ‘The Girl in Room 105’, ‘One Arranged Murder’ and ‘400 Days’ are my three mystery books and they have excellent ratings on Amazon.”

The author adds that he has several ideas in his head all the time, and the ones that stick for a long time are then developed further, to see if they can indeed be converted into an entire book.