I didn’t choose poetry, it chose me: Sudeep Sen 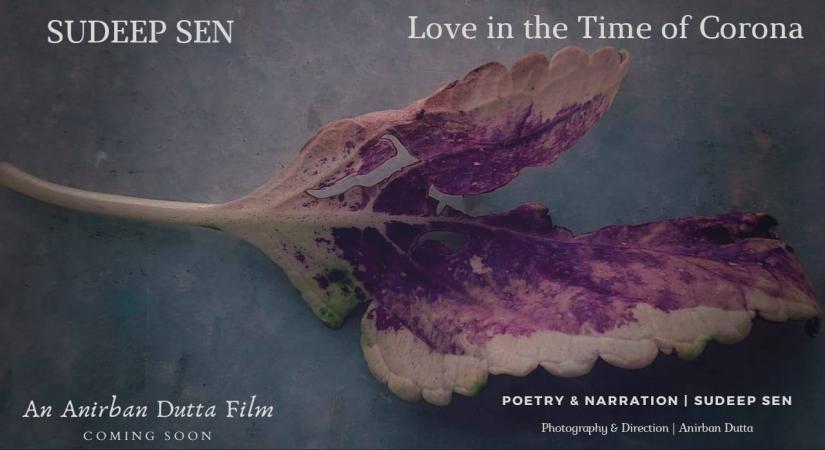 When he is not writing poetry, reading and writing everyday is what keeps him sharp

June 30, 2020 (IANS) During the early days of the Covid-19 lockdown, when things were changing at a break-neck speed, laying bare many aspects of the society — the play of politics, how people thought and reacted, the changing culture of ‘working from home’ for the privileged and lack of work for the dispossessed, and the gruesome images of migrants walking hundreds of kilometres — a newspaper editor asked poet Sudeep Sen to contribute something for the editorial page.

“He was probably looking for a sensitive and incisive non-fiction piece from an artist’s point of view. I am pretty certain he did not expect my response in the form of poetry. In any case, I sent him the poem ‘Love in the Time of Corona’,” says Sen about the poem which took a life of its own after that -- with the the former UK poet laureate Carol Ann Duffy selecting it for a world project ‘Write Where We Are Now’, currently hosted on the Manchester Metropolitan University’s website.

Not to mention, ArtVirus magazine (USA) carried the poem, which will also be published in the forthcoming edition of The Guardian newspaper (UK). A slew of translations have already appeared — in French, Spanish, Serbian, Persian, Urdu, Marathi, Bengali, and Hindi. “Various editors have anthologised this poem in new books that have been recently published on the subject,” he adds.

Filmmaker Anirban Dutta, who he has never met has even made an avant-garde, creative short film on it. The poet says that he was extremely pleased seeing the first cut of his film based on his poem. “Not only because I love collaboration across artistic genres, but more because I admired Dutta’s visual aesthetics, his intelligent sense of pacing and haunting sound design. Working with him was easy. We were mostly on the same page regarding aesthetic choices. He was very quick to respond.”

Stressing that for him it is enriching to collaborate with like-minded artists, and many filmmakers, musicians and dancers have responded to his work in the past too including  ‘Flying Home’ by David Wheeler & Michael Walling (UK), ‘Lines of Desire' by Davina Lee (St Lucia) and ‘Prayer Flag’ by Aparna Sanyal (India), the poet adds that for him there is no escape from the political and social issues around him.

“As an artist, I cannot be apolitical — everything one does is ultimately political. Often I will just listen and absorb, and at some point it may find its way into my writing. You will see that important issues seep into my writing quite unobtrusively, through a process of osmosis. In poetry, the challenge is always how to make the writing universal and creatively fulfilling — ideally. Otherwise it can become prosaic sloganeering or protest poetry which, while it is an absolutely valid form of writing, tends to have a limited shelf-life.”

For someone who believes that the best English poetry written by Indians in the contemporary national and international literary arena is perhaps as good or superior to Indian fiction in English as a whole, he adds, “There is bravura, experimentation, risk-taking, innovation, erudition, and delightfully uninhibited and fine use of language by the poets here. The range of style, preoccupation, technique, is vast, various and impressive. Many ‘Indian’ poets are now part of the broader Indian diasporas across the globe. This diversity allows them to have an internal dialogue between themselves and the varied topographical cultural spaces they come from or are influenced by. Therefore, the poems create an inherent syntactical and historical tension — one that ultimately celebrates the written word, imagination, artistry, intellect, and humanity. Though, I must add — that in the current scenario there seems to be a vast amount of poetry being ‘published’ on social media. Much of this is terribly mediocre or worse. Some of it even finds its way into vanity publishing. Still, largely speaking — the best of Indian poetry is flourishing well and is in good hands.”

A regular at major literature festivals around the country, he admits that though resorting to the online format (due to the pandemic) does take away the immediacy and buzz of an actual festival on the ground — but it is the second-best option in these unusual times. “The more festivals, the better all around for writers, readers, publishers and booksellers — it is a win-win situation. But an important lacuna that needs to be addressed is payment to the writers, which the organisers think of only when prompted to do so. This culture of ‘free’ is ultimately disrespectful to the writers and arts as a whole.”

While the year 2020 has already witnessed the launch of his ‘Selected Poems in Malayalam’ (translated by Syam Sudharkar) and ‘The Sahitya Akademi poetry anthology’, which he selected and edited, those in the pipeline include ‘My Typewriter is My Piano’ (Aark Arts) by Anamika, a 200-page book of ‘selected poems’ in English translation from the original co-translated by him, and his own ‘Selected Poems’ in Hindi and Punjabi translation ‘My Body is the Stepson of my Soul.’

When he is not writing poetry, reading and writing everyday is what keeps him sharp. “It is a riyaaz or practice. As for translations, unless commissioned, they are usually a labour of love – as I want to transmit to a wider audience in English what I might have enjoyed in another language.”

Sukant Deepak can be contacted at skunk.d@ians.in