Govt. must set up emergency fund for artists: Pooja Sood 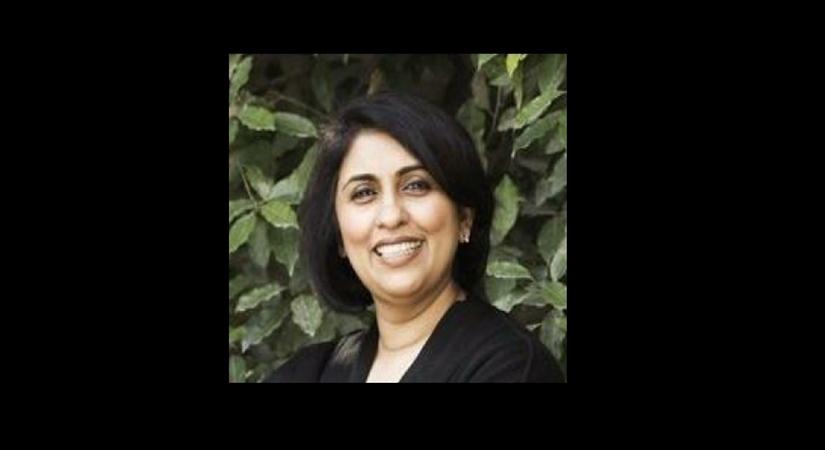 Why are we so scared of setting up spaces in which artists are commissioned to make experimental work, even if it ‘fails’ from the market’s perspective?

June 28, 2020 (IANSlife) In times when the webspace has been cluttered by galleries and art practitioners relentlessly holding lectures and zoom meetings, Khoj International Artists’ Association in Delhi felt that this is in fact the period to do something practical to ascertain that young artists, who do not have galleries and backers are at least able to survive in face of the crisis created by the pandemic.

“It made very little sense to jump the bandwagon of webinars. After all that is not what we exist for. So, we immediately re-purposed one of our projects worth Rs. 10 lakhs and introduced 40 grants for Rs. 25,000 each so that a young kid can at least pay his room rent and feed himself. After six months, he/she can show us the notebooks, drawings, thought patterns or an experiment. We completely understand that in these times, expecting a complete art work or project makes little sense. More than 400 applications were received for 40 grants. Now we have requested some people for funds so as to introduce another grant on the same lines in the coming months. The aim is to ensure that the young practitioner does not give up on art just because he/she is not getting any work in these times,” says Pooja Sood, founding member and Director of Khoj International Artists’ Association, that started in 1997 as an annual workshop.

Running it from her home in the capital for many years before acquiring a building in Khirkee Extension, the organisation that came into being with stalwarts like Robert Lodler, Subodh Gupta, Bharti Kher, Anita Dubey and Manisha Parekh coming together, has been in the forefront of experimentation and is known for its non-commercial essence, thereby attracting the best of talent from India and across the world.

Lamenting that despite the fact that central and state government institutions are flushed with funds, they have failed to come to the aid of artists in these times, she adds, “Almost every year they are unable to utilize a large chunk of money allotted to them. Why can't they be innovative for a change and give out badly needed grants or conceive some projects that can be given to the artists during this period? The government needs to realise that artists and artisans in urban and rural areas are losing their livelihood. Germany, England, New-Zealand and Canada understood it early on and set up emergency funds for artists. This is precisely what is expected from the government in a country like India that takes so much pride in its culture.”

Talk to Pooja, credited for metamorphosing the Jawahar Kala Kendra (JKK) in Jaipur during her stint there as the Director General about what she makes of the talk ‘the new normal in the art world post Covid’, and she asserts that the most visible change will be the way physical exhibitions will be viewed. “Instead of 30 people in a room, we may witness only four to six at one time. That can be interesting in a way considering people will focus more and will be forced to spend more time with art. After all, you have stood in a long queue to enter the space... Yes, things will change radically, we just have to keep our ear to the ground and be ready to reinvent.”

However, she also feels that this is not really the time to deliberate on existing platforms that will diminish. “Let’s forget that as new platforms are bound to emerge, the central question is -- can we survive? The art world is so small that it is going to be even tougher for us. Only the big private people will make it through -- most small NGOs in the art sector and intimate theatre groups are bound to collapse. All shows planned by theatre and performance artists have been canceled, not to mention the travel restrictions. People will have to start collaborating. It will not about your brand or mine. We will need to come together and help each other in order to survive,” says the former regional coordinator of the International Artists’ Network facilitated by the Triangle Arts Trust, England and Director of the project ARThinkSouthAsia.

For someone who has designed a course for arts management and trained more than 200 personnel in the government sector, Pooja feels that it is paramount that the top and middle level be encouraged for training so as to get them passionate about the arts. “You can get the youngsters excited, but unless their top bosses are not in favour of reforms, little can be achieved.”

Considering the government has major funds, and therefore its role in arts will always remain prominent, she feels that it must hire professionals to run museums and art institutions. “Well, let’s admit that the government does lack imagination. And that is where professionals come in. They will not only introduce novelty and put systems in place keeping in mind the sensibilities of the artists, but will also ensure that the ethos of the place remains intact.”

Like Triveni and Lalit Kala Akademi in Delhi, Bharat Bhavan in Bhopal and JKK in Jaipur, Pooja feels that the country needs many more public art spaces. “Places where everybody is comfortable walking in, and which are not elitist. Every city in the country must have at least one such public space that boasts of high quality programming and a good library. After all, people should have somewhere to go -- a shopping mall cannot be the only place.”

Stressing that she has always favored more art laboratories like Khoj across India, Pooja smiles, “Well, when you are the only one around, aren’t there chances of being accused as a power broker even if you are as open as possible? On a serious note, if we are looking to make the cultural quotient strong, there need to be more not for profit institutions. In the west, where there is a developed art scene, what we witness are good museums, excellent commercial art scene, and a solid not-for-profit sector. That is when the art scene becomes really valuable because it starts reaching lots of people. Out here, it is essentially commercially driven. Why are we so scared of setting up spaces in which artists are commissioned to make experimental work, even if it ‘fails’ from the market’s perspective? Why should an artist be always in his room or small studio and not in a space where he can interact with others, and network -- locally, nationally and internationally? Also, If a person does the kind of work which we are not interested in, why shouldn't he have the possibility to go to many other institutions? And let's not forget, competition keeps you on your toes, higher benchmarks are set that way.”