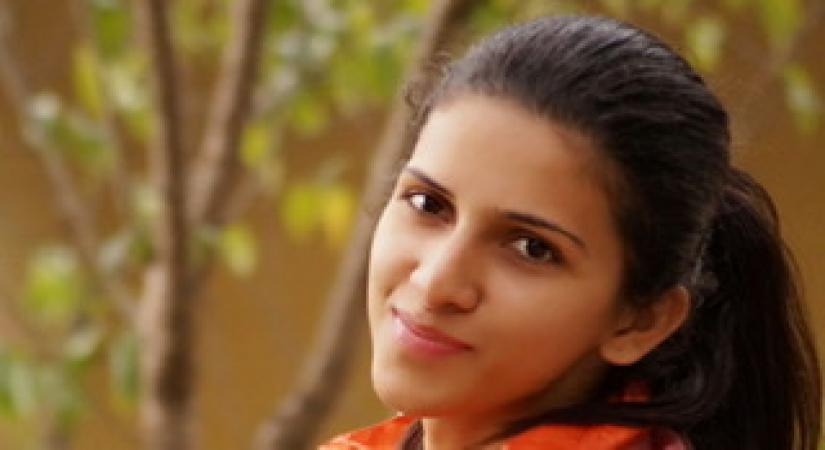 October 15, 2020 (IANS) It’s all thanks to badminton that today Amritpal Kaur is India’s best known young face in Karate. And it was Delhi’s streets that pushed her to attend her first martial-arts class.

Even as her story has been optioned for a film by Sujay Jairaj, and a funding campaign for the karate player on Ketto; Kaur, who won the Gold Medal in Commonwealth Karate Championship (2015) and has been walking away with the top slot at South Asian Championships for the last three consecutive years recalls that as a 13-years-old, travelling alone on Delhi’s streets to the badminton court from her house near Tilak Nagar was a nightmare; for obvious reasons. “Self-defense was the only reason that I wanted to learn karate. However, there was something about the sport that made me fall in love with it instantly,” states the 23-year-old.

Training in a park near her place for the first two years and losing most of the matches, the young player soon understood that something was amiss. She then decided to save her pocket money and raid cyber cafes to watch videos of karate champion Rafael Aghayev from Azerbaijani.

“That is when I realised that what was being taught to me was something very basic. It also meant that I had to work hard on myself and devote more time to self-training.”

Of course, like most Indian parents obsessed with academics, the idea of long hours of training did not really go well with her parents. But Kaur, a topper and through-out scholarship holder during her school years managed to convince her mother to allow her a fine balance between the two.

By the time she enrolled in the English Honours course at the capital’s Janki Devi Memorial College, the young player had already proved her mettle at the state and national levels, thanks to which the Delhi government granted her a scholarship. “And that is how I could afford my training, travelling and gear,” she says.

But with no support from the government when it came to training (“where is the infrastructure”) and flying to international destinations for qualifying matches, things suddenly started looking bleak. “Once a Sikh organisation funded me to train in Turkey. Going for qualifying matches means flight tickets, accommodating, gear, training and food... it is never easy,” this black belt in Sito Tyo Seiko Kai (a style in Karate) laments.

For someone whose day starts at 5 am -- meditation, three hours of training, a break and five hours of training again before hitting the pillow, the driving force has always been passion. “What else can you attribute it to,” she asks.

Despite beating all odds, the fact that she could not make it to the Tokyo Olympics left her heartbroken. “All qualifying matches that started two years back were held in Europe, how could I afford it?” she asks.

And on top of that, in December 2019, while competing at a tournament in Goa, a fall caused a torn ACL. “This translated into complete bed rest for seven months and also meant an expensive surgery.”

But the moment one of her friends tweeted about this, actor Sonu Sood’s team reached out in fifteen minutes and decided to fund the surgery.

Kaur, still hungry for more championships and now wants to go to Turkey to train further.  “The only way for me is forward,” she says.