From corporate to Sufi, a journey within 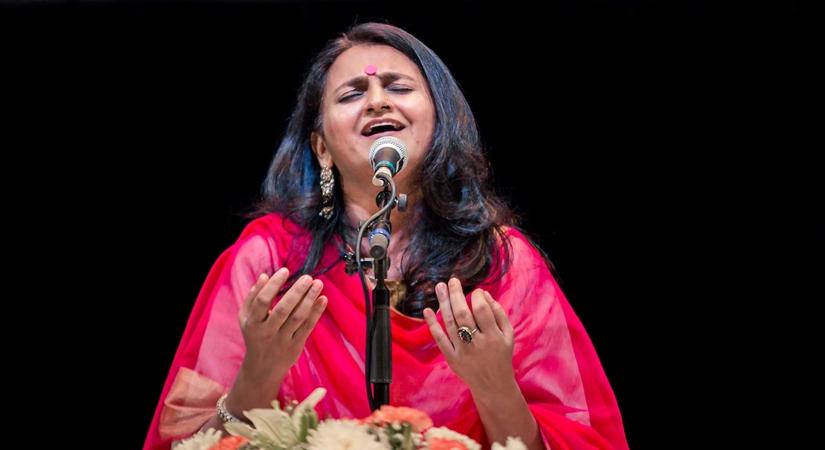 During the Kabir Festival in 2015, with a musical narrative on the mystic Bulleh Shah was when Nayak got noticed

May 26, 2020 (IANSlife) Radhika Sood Nayak, an MBA from XLRI, Jamshedpur, recently released her latest music video ‘AsaN’ for which she composed and sung the poetry of Sufi mystic Shah Hussain.

Radhika quit her corporate job amidst much resistance from her family, her journey with music started with intimate performances. She smiles that unlike a Bollywood blockbuster, for her no big break happened. Just a journey of small steps where she has savoured the rhythm of every phase -- discovering along the way what she enjoyed singing, the poetry that stirred her and the musicians she has come to admire.

“To be honest, saying goodbye to a big fat MNC salary and not knowing what to say to people whom I met socially did play on my mind. But when I learnt classical music, became a graded artist with Akashvani and did small live performances, things definitely changed for my own confidence,” says the singer who been learning Hindustani Classical from Dayal Thakur for the last nine years after taking classes from Late Pandita Sushila Rani Patel and Thumri virtuoso Dhanashree Pandit Rai.

It was, however, her foray into Sufi music during Kabir Festival in 2015, where she did a musical narrative on the mystic Bulleh Shah that she began to be really noticed.

For this singer and composer, who released her first audio single ‘Ishq Kamaal’ in 2019, the wisdom, abandon, surrender which resides in Sufi kalaam, is something that constantly fascinates her.

Preferring live concerts as they promise a chance to share her interpretations of what she is singing, she adds, “When one gives a context to the number, the audience begins to settle into a familiar space, and becomes responsive in multiple ways, which is very gratifying. We become partners in that journey. Live sessions allow the listeners to be empowered to interact and ask questions.”

Talk to her about the poor archiving of Sufi in the sub-continent, considering many singers prefer to concentrate only a handful of popular kalaams, Nayak says, “Even Shah Hussein’s kalaam is not available in Devnagari script. Fortunately, since I can read Gurmukhi, I could get access to it on the i​​​​nternet. But yes, it is not available for a larger audience. Perhaps, since singing Sufi kalaam has been an oral tradition, it has not been archived that methodically. Also, I feel we run away from slightly ‘complex’ poetry thinking we will not get ready audiences. And in the process, new kalaam is not being worked on as much. There is a whole treasure of poetry of the Sufi mystics waiting to be explored.”

Participating in several social media concerts nowadays, she says that they have been a life-saver in these suffocating times of the lockdown. “Of course, we have to however raise the bar by making the content more engaging and inclusive.”