The character they lent to films (Column: B-Town) 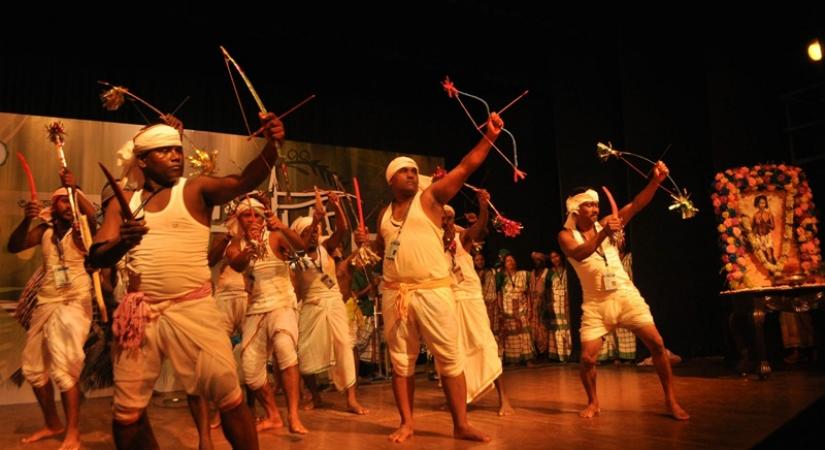 Character artistes were often the mainstay of a cinema narrative. Take "Mughal-e-Azam" for example. The role of Badshah Akbar played by Prithviraj Kapoor emerged so powerful that it not only towered over all others but, since that movie, Prithviraj Kapoor became the face of Akbar, say, in history lessons or when one read or talked about him!

There has been a class of actors known as character artistes. Nobody ever thought of calling them stars, let alone superstars. But the fact is there have been some superstars in this category, too. Whoever the star of a film may be, it would never be complete without the breed of character artistes propping it up.

In keeping with the Indian way of life and family system, the earlier films wove in all kinds of roles in the story. Mama, chacha, mami, bua, tau, family friends and what have you. (Not wanting to go down in distant past, the Rajshri Productions films were the best examples of this formula.). There were scriptwriters who could find a slot for such characters as well as justify them.

The list of character artistes who had their own following and added value to the roster of a film was impressive. Impressive because despite the era, there were no loud dramatics when they performed. Their personality carried the character forward. The stalwarts who always left their mark were Jayant, Rehman, Iftikhar, Sapru, Jeevan, Kanhaiyalal, Balraj Sahni, Motilal, Nazir Hussain, Harindranath Chatttopadhyay, Manmohan, Aga, K.N. Singh, Om Prakash, Madan Puri, Mukri, Utpal Dutt, Ajit, Premnath, and Prithviraj Kapoor among others.

Then, there were the villain character artistes. They were a must in love stories as the third angle - as the man who was also in love with the woman the hero loved. From Barbara Cartland to "Mills & Boons" to "Ramayan" and "Mahabharat", whereever there is a woman involved, there has to be a villain. They were character artistes, too.

When one thinks of a villain, the late veteran Pran comes instantly to mind. In the later era, it was Amrish Puri. But, nobody quite lived up to villainy the way Pran did. The thing about villains who made it big was that they were always as suave or, probably, more suave than the hero. Almost always rich and well dressed. When not in a getup for a special role, Pran saaheb epitomised that kind of villain. His expressions, eyes and the way he dangled his cigarette made him look villainous. Same was the case with Amrish Puri. He was always presented well and, the kind of physique and personality he was endowed with, there was no way he could be presented otherwise. Puri's eyes and face did all the acting his character needed to.

Then came an era of the violent villain. "Sholay", probably, was the starting point. This was a different kind of cinema, very cowboy western American film like, and also, inspired from Akira Kurosawa's 1954 Japanese film, "Seven Samurai", like a lot others inspired by this film.

The villain in "Sholay" was a filthy, unkempt, tobacco-chewing man in Amjad Khan. Not quite Indian but the film worked, and more such villains followed. Incidentally, films were now being made with the background of politics, underworld and so on, and the villain got cruder, louder and crass; knife and sword swinging.

Gradually, the hero started playing the villain, and a new term was framed for them: the antihero!! Amitabh Bachchan started it long back with "Deewaar" but Shah Rukh Khan carried it forward much later.

This was the end of the villain era in Hindi films. In few smalltime political films with Uttar Pradesh and Bihar as background, goons played the negative roles and anybody with repulsive, unkempt look would qualify. Thankfully, the moviegoers neither cared nor identified with such films.

There was a phase when scriptwriters were at a premium in the Hindi film industry (still are). Resultantly, so were the scripts with well-rounded, all inclusive stories. Villains were out. But, thankfully, the character artistes were back, thanks to some old-school filmmakers with traditional thinking.

It started with Sooraj Barjatya's debut directorial venture, "Maine Pyar Kiya". The film had no actor as its villain, but the old-fashioned rich-versus-poor formula playing the spoiler. The film had new faces and a few character actors but nothing elaborate. Sooraj's next, the blockbuster "Hum Aapke Hain Koun..!", was a film full of character artistes.

The film established that you need to keep the screen full of characters who kept the show going. No negativity was needed. Rajshri made another film, "Hum Saath Saath Hain", on similar lines. The film's success did not match that of the earlier two but it still remains much loved.

As if experimenting, Sooraj's next was "Prem Ratan Dhan Payo". In this film, a villain was a part of the narrative, rare for a Sooraj Barjatya film. Neil Nitin Mukesh was the guy to play that role. Ironically, the film flopped badly, as if, finally, the villain world was getting its revenge with the maker!

Character artistes were often the mainstay of a cinema narrative. Take "Mughal-e-Azam" for example. The role of Badshah Akbar played by Prithviraj Kapoor emerged so powerful that it not only towered over all others but, since that movie, Prithviraj Kapoor became the face of Akbar, say, in history lessons or when one read or talked about him!

When one thought of Guru Dutt's classic, "Sahib Bibi Aur Ghulam", the characters of Sapru and Rehman (also for "Waqt") came to mind instantly besides that of the protagonist, Meena Kumari.

The examples are aplenty. Like Pran in "Upkar" and "Zanjeer" or Kanhaiyalal in "Mother India".
Later, there came a time when scripts were limited to few characters and revolved mainly around lead actors. Character artistes found no footage, nor the comedians, a vital part of older films.

The more the characters on the screen, especially the ones with more defined roles, it always helped a film hold its grip as well as spare tedium to its viewer. Thankfully, the character roles are making a comeback and, with a very fruitful outcome. This is a new crop and they may lack the persona that the actors like Rehman, Jayant, Sapru, Iftikhar, Balraj Sahni and others exuded, but they more than make up with their performance.

@The Box Office
* The present period does not look conducive for the release of new films. With cash flow being scarce and with floods due to heavy rains in many states, films will come and go unnoticed. But, nobody seems to be avoiding release plans.

* While all recent releases have suffered, even the week's new films, "Jabariya Jodi", "Pranaam", "Mushkil" and "Chicken Curry Law", will find it tough to sustain through the opening weekend.

* "Khandani Shafakhana", with its theme of sex life consultants, much-publicised in the Hindi belt with the catchwords, "Ek baar mil to le…" splashed in major cities, lacked appeal and identification. The film failed to arouse curiosity and, hence, the footfalls. The film managed to collect just about Rs 3.7 crore in its first week.

* "Judgemental Hai Kya", after a face-saving first week, stumbled in the second week as collections drop to just about Rs 5 crore. The film's two-week total stands at Rs 31.5 crore.

(Vinod Mirani is a veteran film writer and box office analyst. The views expressed are personal. He can be reached at vinod.mirani@gmail.com)