Bollywood is leaning towards independent artists: Kartik and Nirali 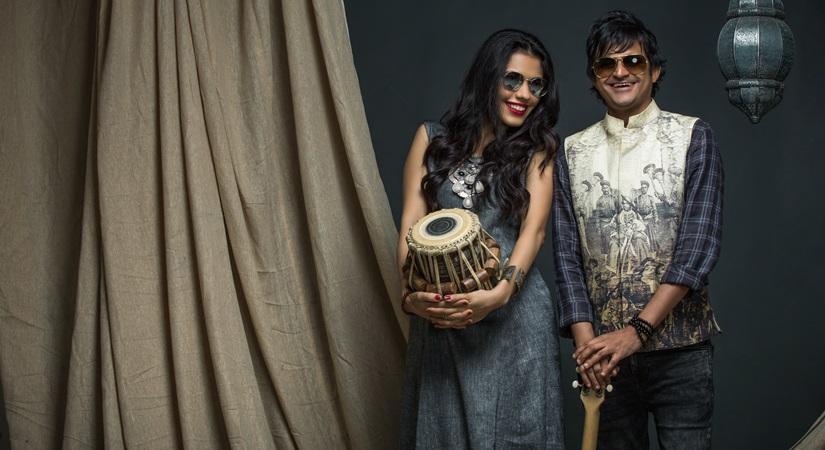 August 03, 2022 (IANSlife) Nirali has been trained in Hindustani Classical while Kartik is completely self-taught with not even a single lesson taken from anyone. Optimistic that the meeting of these polar ends will create magic, the independent band Maati Baani was conceived.

"Nirali came up with the name which translates to 'the sound of the earth', and that is what we have pursued. Maati Baani is much more than us two, it is a platform for global musicians to collaborate with Hindustani music," Kartik tells IANS about the independent music band.

Adding that Bollywood will always be the mainstream, but looking at how things have changed over the last decade, there is no better time to be an independent group in India than now, Kartik says, "Even they are leaning towards independent artists for the scores and songs. Back when we started, the main thought was to innovate and do something new. We used to think of ambitious ideas and commission our own jobs. We could not have imagined going to a New York subway station and recording musicians, or to create music with musicians from Ukraine amidst an ongoing war, if it were for a Bollywood film."

The duo, who have worked with over 200 musicians from more than 35 countries in the past decade, say they have checked off some major ambitious projects from their musical bucket list. "We get a high when faced with a challenge to make a global collaboration make sense in terms of an audio aesthetic. And we are proud we have discovered artists from across the world and given them a stage. Innovation and discovery have been the main motivation why we make music," he says.

The couple, who will be performing live at HCL Concerts 'Maati Baani - The new sound of Fusion on August 5 at Little Theatre Group in New Delhi says corporates like HCL and Taj Mahal Tea are pro-actively working for classical music. "It is important that more organisations come forward as it is our classical and traditional music that differentiates us a country from others. Indian classical music is extremely wholesome. It touches the soul and helps us evolve as human beings," says Nirali.

The duo who put out an EP titled 'Nomad Songs' that featured artists from different countries like Iran, Ukraine, Israel, Russia etc remotely during the Pandemic say that while that period spelt several personal challenges, it was the music that kept them going. "Also, while Kartik composed for a few web shows and other mediums, I released a classical album 'Navyaa' during this time. We were, fortunately, able to use the pandemic time creatively."

Excited that things have opened up now and physical concerts are back, she says that the band is now bigger and better. "We have been performing at some of the biggest festivals and organizations and have added new sounds and elements to make our songs more groovy and fun, at the same time ensuring that they do not lose their original essence. The energy of the live audience and a concert cannot be compared with performance behind a screen."

Ask them how they resolve their creative differences, and Kartik smiles, "Well, it is not a cakewalk, definitely. As a couple, we share personal as well as professional spaces. Luckily for both of us, 'Maati Baani' feels like our musical home. We do our individual projects and come back to it. Of course, there are creative differences but with some patience and perspective, anything can be resolved."

Nirali feels that when a male musician does fusion, the acceptance levels from the purists is far higher than when a female musician is attempting something similar. "This comes from personal experience. For me, it has always been about growing and evolving as a musician than proving how good I am. For me, music is a way of being and everyone can opine on it - but I cannot change my way of being for what others think. I love both the worlds - of the traditional classical music as well as the world of collaborations," she concludes.