Bollywood: Coming to terms with today (Battling Change - I) 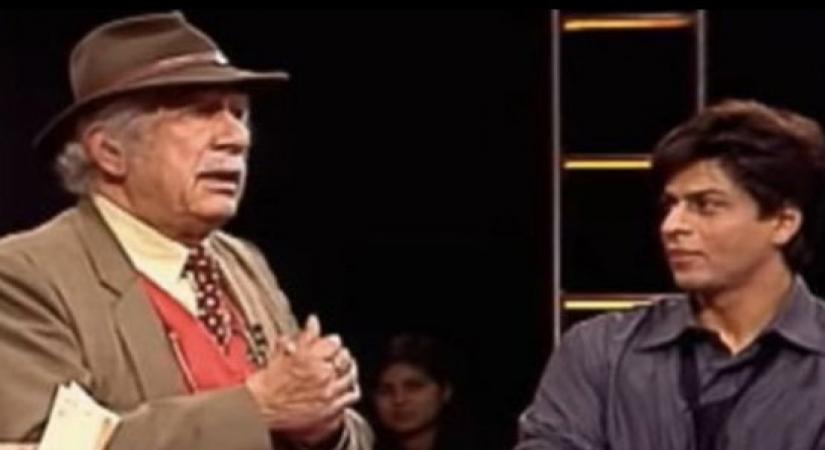 Bollywood is going through a purple patch in the last couple of years. Or so it appears. The revenues are up by 11 per cent year on year. Number of hits and successful films is on the rise. Box office collections and non-theatrical revenue are on the rise. Stars (actors and directors) are earning in tens of crores. Even the technicians, writers, musicians are much better paid than a couple of decades ago. The number of films made every year has increased as have the number of screens.

Bollywood is going through a purple patch in the last couple of years. Or so it appears. The revenues are up by 11 per cent year on year. Number of hits and successful films is on the rise. Box office collections and non-theatrical revenue are on the rise. Stars (actors and directors) are earning in tens of crores. Even the technicians, writers, musicians are much better paid than a couple of decades ago. The number of films made every year has increased as have the number of screens.

There is even a larger variety of films being made and appreciated by the audience. Many newcomers have made their mark in the recent past. Newer avenues of monetization have cropped up. There are many people still willing to bet big money on films including unusual ones as new platforms emerge by the week. There is saturation coverage in media. Dozens of film festivals in India and overseas screen Hindi (Indian?) films regularly. Animal spirits are back in tinsel town. A brave new brood of creative professionals is doing wonderful work and a lot of it is also resonating with the public. There are several new platforms to enjoy films than merely a cinema which is opening new vistas. Is Bollywood finally overcoming its insular and inert existence?

It is generally believed that there is a new generation every 20 to 25 years. With every generational change the society changes as do trends. If we take a bird's eye view of entertainment, we see a similar pattern of evolution. Zooming in and looking at popular Indian cinema through this generational prism and this paradigm holds true. So, if we begin in the mid 1950s through 1960s, we see the rise of great directors V. Shantaram, Mehboob Khan, Bimal Roy, Guru Dutt, Raj Kapoor, BR and Yash Chopra, Chetan and Vijay Anand, Raj Khosla, Amiya Chakravarthy, Shakti Samanta and so on. This pattern is repeated over successive decades with different sets of people. The stories were varied from human dramas to thrillers, social comments to romances.

Yes, there were stunt films, mythological and melodramas but the standout films were the films which appealed to young urban middle class. And family audience. Or the front benchers who watched a completely different kind of cinema-stunts, horror and often a potpourri of all genres. There was a clear divide in the kind of films which were watched by 'gentry' and 'masses'. Except for an occasional off beat film good cinema was what we would call middle of the road cinema today.

Critics love to discover noir in some of the classics but two generations of great film makers from the 40s to the 70s were basically interested in telling human stories and not bothered about dark cinema. Some with elaborate set pieces other stark and real. Interestingly it was in the thirties that the unique Indian song and (and often dance) routine was introduced and has remained a hall mark of Indian cinema. A few understood and used form well and could be Avant Garde in their cinematic expressions even as they told very Indian stories. Social concerns and style worked in tandem Let us not forget almost all equipment was outdated and in short supply. Many managed with what we would today call 'jugad'. Even the cinemas had poor projection and sound and the prints threadbare. Yet millions thronged to see their favourite stars light up the big screen night after night. Cinema was the primary escape from the drudgery of a hard life.

The marquee names changed every decade or two as they still do with notable exceptions of course. Talented and successful people either faded away, died or were cruelly cast away by an unforgiving box office. Unfortunately, most of these talented people were unprepared for the walk down sunset boulevard. I have seen the biggest stars and filmmakers live and die in obscurity, lonely, often with little or no income, sometimes in sheer penury. A few who did have the money were forgotten in their lifetimes. Remembered by cineaste of film scholar/student or discovered in the dusty shelves of film archives and lately on Internet or social media.

In the 1970s the film school graduates made their way. A few became stars and film makers but many became the technical backbone of the Industry. This was one major change. Another was the rise and fall of the new wave cinema (1960s to 1990s) where some really path breaking films captured the festival circuit but got pushed aside in audience sweepstakes. Fortunately, a more audience friendly off beat cinema has emerged in the last few years. Several film makers are making edgy and unconventional films but there is a universal attempt to reach out to the audience. For the first time since the fifties these off beat films are taking the mainstream films head on and often winning the race.

Market domination by about 50 names in an industry of a million was as apparent in 1950s as it is 70 years later. Twenty per cent of films released in a year contribute to 80 per cent of the box office. A dozen films every year were and are declared blockbusters. The rest wallow in failure and frustration. A majority of people were kept waiting a lifetime at the sidelines for a chance to enter a sound stage then as they are now. It's a similar situation even now with one difference. Many nowadays drift away towards television (and online now) and are thus gainfully and sometimes very successfully employed.

The general refrain even then was the industry is in dire straits. "We will be wiped out by taxes, censorship, production costs, star tantrums, lack of screens, distributions bottlenecks". That's the general mood even today amongst smaller, independent film makers with addition of some new laments -- nepotism, corporates, multiplex monopoly. The problem is this business which does not require you to have either the skill, talent or resources to enter. No wonder every year we produce 2000 films of which 60% are never released. Over production and too much of trash is the bane of showbiz. The boom and bust co-exist in Tinseltown.

(Amit Khanna is a media personality and raconteur)