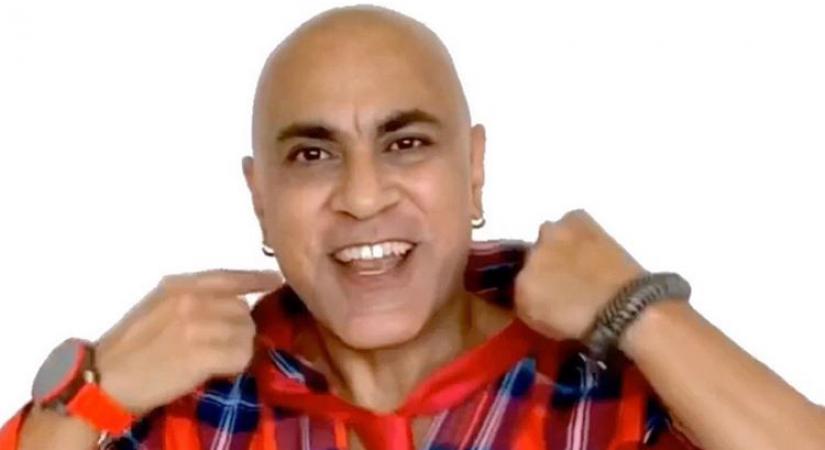 In an interview to IANSlife, Baba Sehgal delves deep into Indian rap and a new piece he recently did for Faboom

October 19, 2020 (IANSlife) Rapper and musician Harjeet Singh Sehgal, popularly known as Baba Sehgal, says that while he appreciates home-grown rap music coming from the ground in India, it will have to take more than just rapping about one's struggles and journey "on loop".

Counted as the first Indian rapper, Baba Sehgal started way back in the 1990s, but his his content has kept up with the times, with young audiences finding his music groovy and catchy.

Asked how he has seen rap in India grow from the 1990s to 2020," he told IANSlife in an interview: "If I talk about my journey as a rapper, I started rapping only for survival. I saw some international videos and started exploring rapping. It was coincidentally just one month before MTV was launched in India. When I was delving into the layers of rapping and researching about it -- I had to read a lot, considering there was no internet back then. I created my own way around raps, I made them funny and creative because I just wanted to tickle a funny bone in people."

Adding how things have "changed enormously since then", he said: "Rappers nowadays are usually pursuing this in movie songs etc. But somewhere I believe that rapping solely about intoxication or women is not what I would like to define as rapping. If one is to write, they should write their own instead of following the herd. Every rap has a beginning and an end, it is the rhythmic blend of words with music, so instead of picking random words to string them together as a rap, artists should write what really comes to them and be innovative. I like Emiway Bantai amongst the new-age rappers. But I still stick with my thought of being different and creating an identity of their own while rapping instead of making it just like every other rap, talking about random things without a flow or any story attached. Being inspired by Bollywood is not helping the rap industry, rappers should rather be influenced by themselves, their inner voice, how they want to take it ahead and not how people want them to."

Baba has recently rapped for Faboom, a fantasy sports platform, in a music video structured on the EDM format. Thanks to a catchy vibe, the video is getting popular on social media.

What is Baba Sehgal's process?

"I rap about different food delicacies in my raps because I believe as independent artists, we have the space to be different. The Bollywood industry is anyway commercialising the raps and putting a few lines of it in every song piece but we, as independent rappers, do not have to follow the same path. We have to keep innovating to catch the audience's attention and we cannot risk being repetitive.

"Therefore, when I creatively process my raps, I talk of anything and everything - like allopathy, homoeopathy, even cats. But there is still a story in my raps, irrespective of the elements that I add for newness. I maintain a melody of sorts and keep it flowing. I don't stick to a format or a beat but I stick to culture instead. I can rap on any beat, give me jazz or bhangra beat and I'll rap on it equally well. To me, the process of rapping has to be organic, it has to come naturally; it should not be forced or imposed."

As trendy as homegrown rap turned out to be, with people from the grassroots using it to tell their story, Baba Sehgal has some interesting thoughts on them - and even some advice.

"I think it is good that people are coming forward from all walks of life and exploring rapping. But I still believe that their journey should not be the only content they stick to in their raps. Talking about your struggles and obstacles in one rap or song is justified because of course, you can put your struggles forward, but if they keep rapping about the same thing on loop, eventually it turns monotonous for the audience. They want to hear what's new. They listen to music to entertain themselves and see what is it offering them rather than hearing our struggle-story in every rap. Being repetitive somehow hinders the growth of the artist.

"So, I admire homegrown rappers and respect their journey, but one doesn't have to stick solely to their ups and downs of life in raps, they should keep trying out new things and tapping into a diversity of content for the public to stay relevant. For instance, I am often tagged as the foodie-rapper, and as much as I enjoy writing light-hearted, fun raps, I do get trolled for them which I never mind, honestly. I don't care if people are making fun of my raps or taking to social platforms to troll me or make memes; in fact, these are the people paying special attention to me, so I take it optimistically. But irrespective of all these things, I stick to originality and offer something entertaining to the people now and then. There is no curiosity factor if one keeps talking about their stories in the raps, they should move beyond it and create different content every time," said Baba, 54, who has been a hug with his Coronavirus-inspired rap of late.