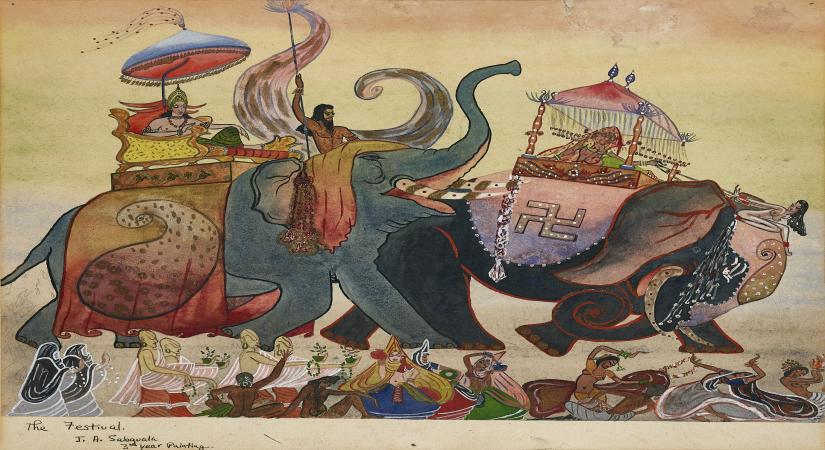 The new world records speak volumes of their stature and importance as an artist, an art expert tells IANSlife

July 1, 2021 (IANSlife) A recent auction has set two world records for two artists born in the 1910s -- H A Gade and Paritosh Sen -- with the highest price ever recorded for their works at auction. The AstaGuru auction titled 'Collectors Choice: Modern Indian Art' has set these records, interpreted as a "fitting tribute" to the artists' legacy.

While Dhaka-born Sen (1918-2008) was a founder member of the Calcutta Group, an art movement established in 1942 that did much to introduce modernism into Indian art, Gade (1917-2001) is remembered as one of independent India's pioneering abstract expressionist painters. 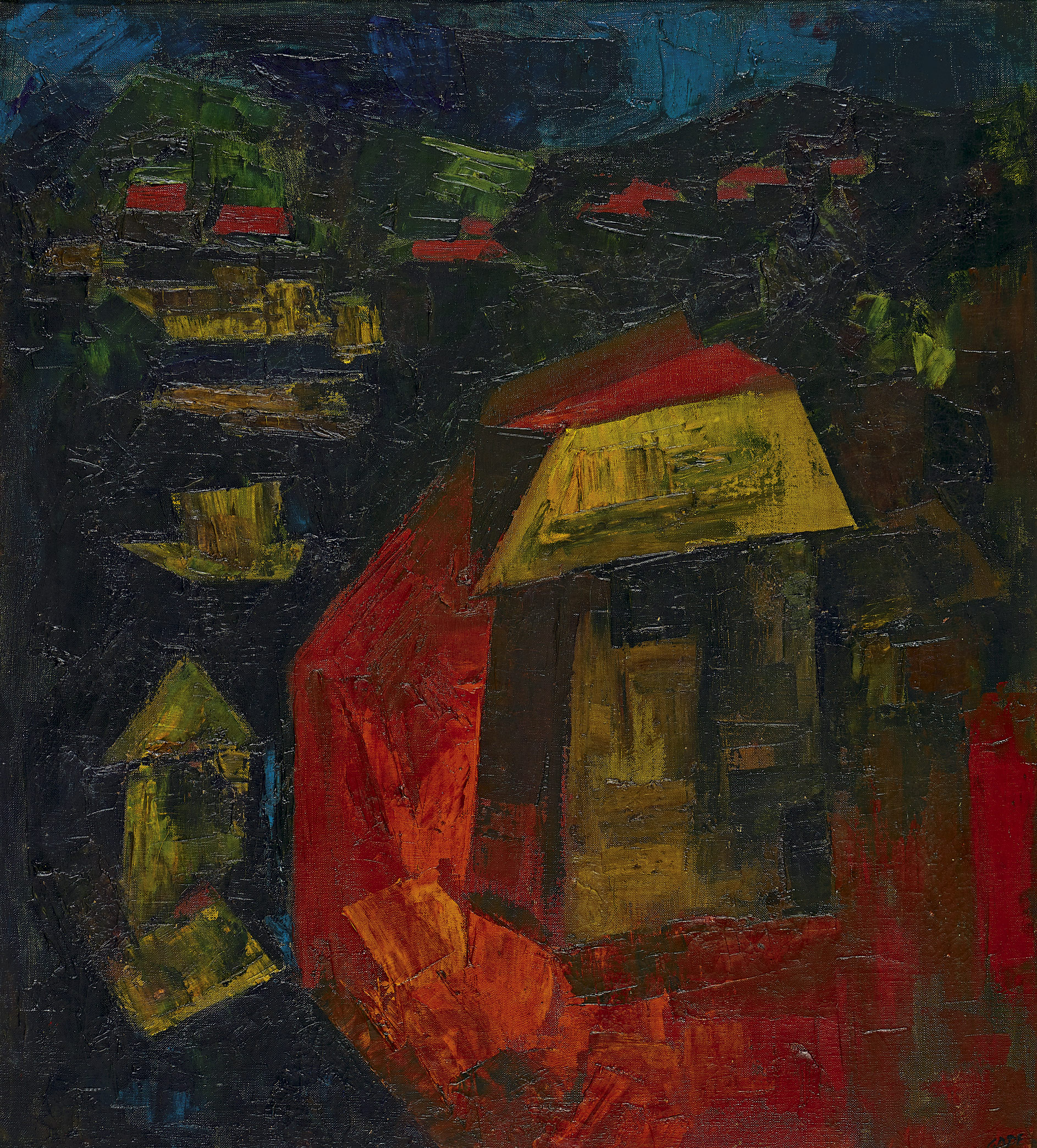 "The world record established is a fitting tribute to Paritosh Sen’s legacy. The particular oil on plyboard creation, titled ‘House of Banaras’ is a rare work from the artist’s early phase, executed in the year 1958. We are extremely thrilled with the result and will continue to present such important works."

"H. A. Gade was an extremely important proponent of the Modern Movement in India, he was one of the founding members of the Progressive Artists' Group. The record established for his untitled, oil on canvas painting, executed circa 1950, speaks volumes of his stature and importance as an artist. The said work was exhibited at a number of exhibitions and was even published on the cover of his retrospective exhibition's catalogue that took place in the year 2014, hereby validating the work's importance," Sunny Chandiramani, Vice President - Client Relations, AstaGuru told IANSlife.

The auction took place last week and featured 120 lots that spanned the gamut of Indian Modernism providing a glimpse into the artistry of India’s eminent modernists by including works across several mediums and from different stages of the artists’ careers. 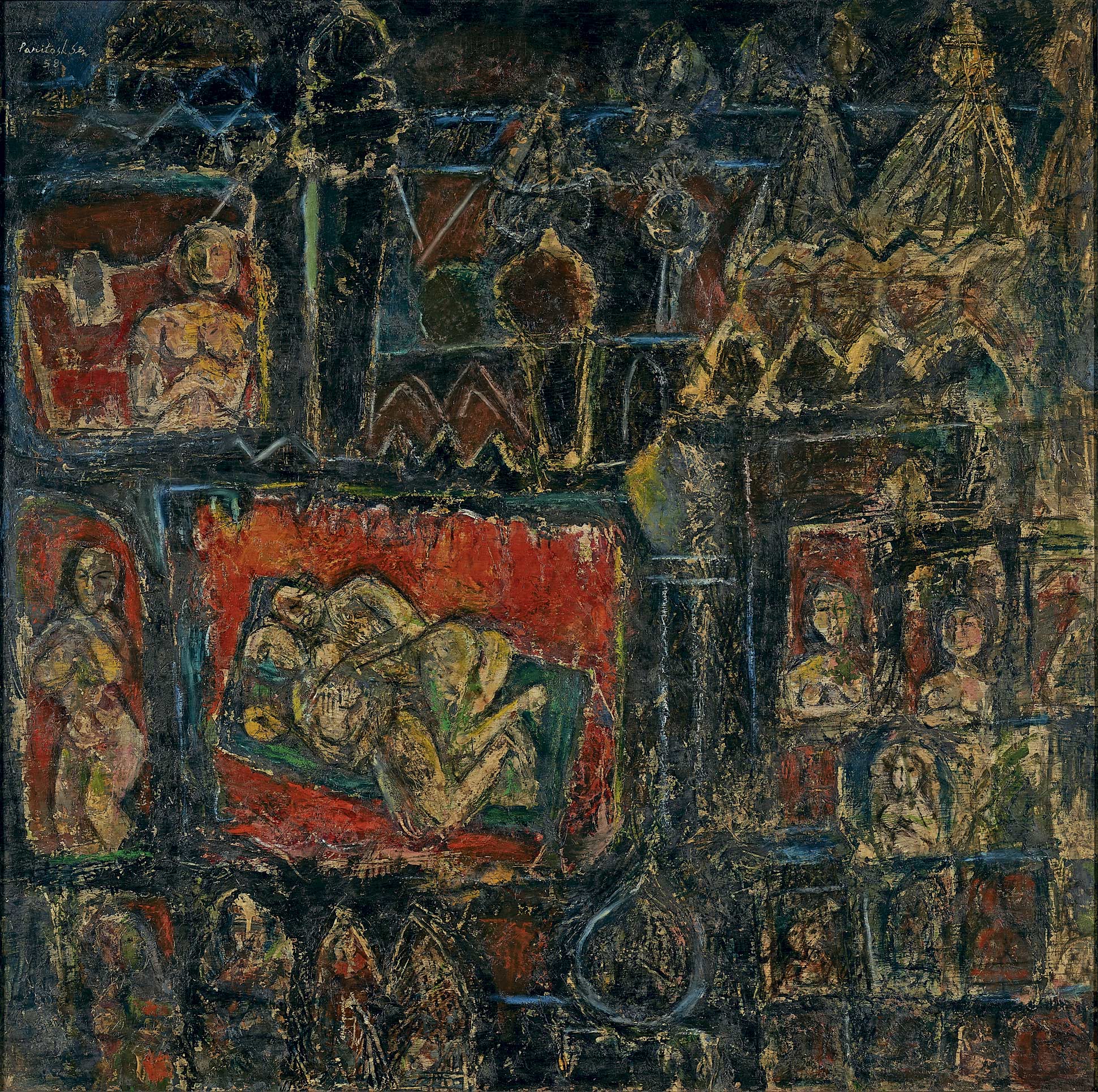 The sale showcases how the demand for works from India’s modernists has steadily and significantly increased over the years as collectors look to acquire works across several mediums and at different price points, says the auction house.

A work by F N Souza, one of India’s most distinguished modernists and a member of the Progressive Artists' Group, titled ‘Fan Dancer’ (an oil on canvas from 1962), had achieved the highest amount in the auction at Rs 1.19 crores.