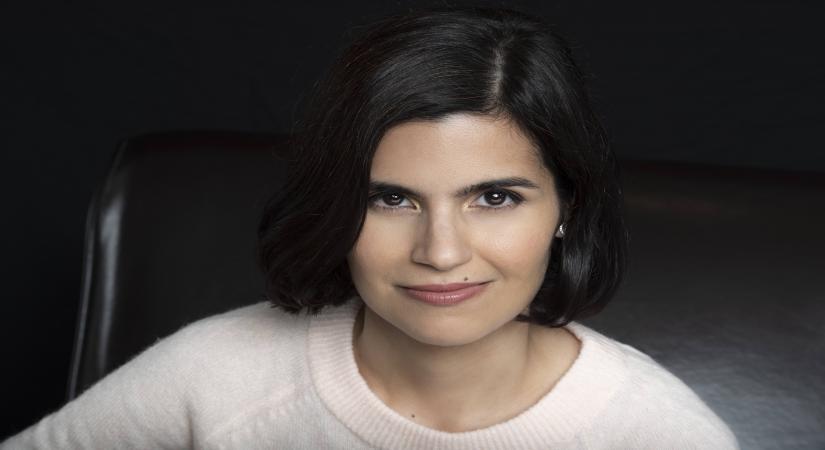 Born in Mumbai, many years in Saudi Arabia before moving to Canada, it's the experience of different cultures which has been instrumental in enriching her as a writer

June 11, 2020 (IANSlife) While her first two books -- ‘The Beauty of the Moment’ and ‘A Girl Like That’ boasted heavily of autobiographical elements, Tanaz Bhathena, who loved reading fantasy as a child, but never had the courage to write her own story, thinking she did not have the imagination for it, can thank her failing at writing a science fiction dystopian novel for her latest work.

Well, for her latest, ‘Hunted by the Sky’, which will be published by Penguin Random House this month, all Tanaz, a two-time nominee of the White Pine Award had to do was rewrite the dystopian novel and replace new technology with magic. “I also changed the setting to medieval India—a period I loved reading about as a teenager. And there was this urge to include women warriors in the book as I was inspired by stories about the Gulabi Gang. As soon as I began writing this new book, everything fell into place. It was as if a door had been unlocked and a whole world was waiting for me behind it,” she remembers.

For Tanaz , who was born in Mumbai, spent considerable years in Saudi Arabia before moving to Canada, the experience of different cultures has been instrumental in enriching her as a writer. “In writing, my experiences have allowed me to explore the world through the perspectives of different characters—from a seventeen year old boy born and raised in Canada (in The Beauty of the Moment) to a woman struggling with mental illness in Saudi Arabia (in A Girl Like That). Personally, having lived in two very different environments, I am now more easily able to adapt to different cultures,” she says.

Stressing that while writing she does not typically think of an audience, the author says it is always about the character whose perspective she is exploring. “That will vary based on its age, gender, where they are located, and what their life experiences are. Yes, when I’m editing, I do think about the reader — what needs to be cut out, what message I’m conveying—intentionally or unintentionally. I don’t always get things right. But art is generally imperfect.”

The author, who started off with writing short stories and then graduated to novels admits that it was not really easy. “Now, a typical short story averages at around 4,000-5,000 words, while a novel takes in 80,000-90,000 words! I had to learn how to expand my scenes, which was a huge challenge,” she smiles.

Ask her if she was at any point worried that people would classify ‘A Girl Like That’ as a typical western perception towards the Middle East, and she asserts that as an author one does worry about how the audience is going to react to a book. “I went through a rough phase of doubting myself when early reviews of my first book came out—some people loved it, some hated it. It was only as I wrote my second, my third, and now my fourth book that I have begun to gain confidence in myself and my work. I have learned since then that each reader is different and brings his/her own experiences to a book. I can do my very best to write a good story, but I can’t hold myself accountable to every expectation.”

Stating that drafting -- having to create from scratch is the toughest part of writing, Tanaz says that though her process may differ from book to book, she typically starts with a character or a title and lets the story take off from there. “My first two books were contemporary novels which required digging into my personal experiences and also research. Writing ‘Hunted by the Sky’ was a mix of the two, but it also allowed me to stretch my imagination and make things a little outlandish, which was a lot of fun.”