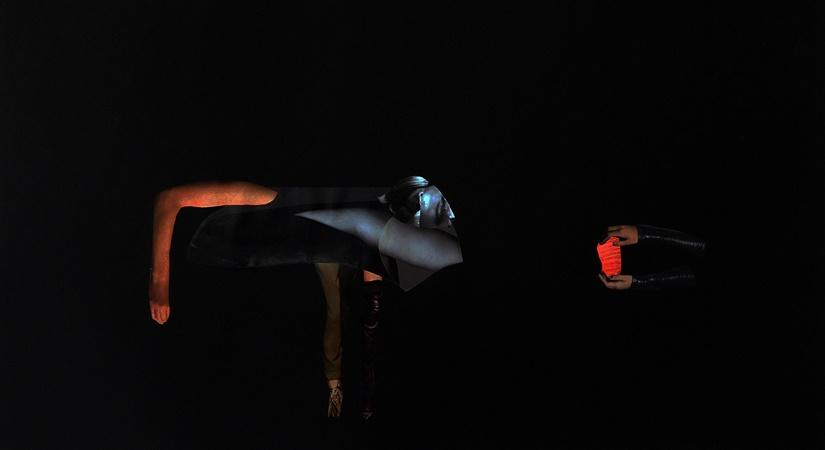 Most of his work depicts human condition - the contradictions, the faces we put on

February 20, 2021 (IANSlife) Fashion designer Anamika Khanna's son Viraj Khanna is debuting as an artist in his solo show titled 'What My Mother Didn’t Teach Me' opening in March at a Kolkata-based art gallery.

Viraj Khanna grew up in an environment that throbbed with art and fashion, and creative inclination was all but natural for him. Even with no formal training in fine arts, he began deconstructing and reassembling visuals every day to narrate different tales.

Most of his work depicts human condition - the contradictions, the faces we put on. Vulnerability and its role in human life found paramount importance in his work, says the gallery.

According to the artist himself, "Growing up surrounded by art, especially textiles and embroidery has helped me develop a certain aesthetic when it comes to the way I see and create things. Embroidery work and textile involves putting different materials, fabrics and and other elements together to express certain feelings, perceptions or visions. Transmuting to paintings, sculptures and collages has been somewhat a liberating space where similar concepts and philosophies can be expressed in a totally different architecture."

"I have always believed that creativity is not inborn, it’s something you work on and get better the more you try. So I have never been intimidated by working with new materials and spaces. I started out with collage work, where I cut up pieces of magazines, articles, encyclopedias and things around me to create objects or images of meaning. Gradually I moved onto more sculptural forms with the base idea emerging from the original collage work. The work depicts a discontinuity in the flow of things, of how imperfection runs deep in the core of everyday lives.... The human condition is always striving towards ‘perfection’ per se, and we pointlessly spend our time trying to build a life where we seem invulnerable," he says.

Somak Mitra , Director, Gallery Art Exposure says: "His sculptures are quaint with a unique presentation of bold colours and extremely expressive faces and figures. His works have a very distinctive feature, at first there is no relatability but when observed for a long time, you sense various emotions and human conditions. As an artist his works seem liberating to himself, and to the viewers as well. The art world needs more of such contemporary practice to put India on a global map."

The solo exhibition will be on display from March 13-22 at The Loft, Quest Mall, Kolkata.