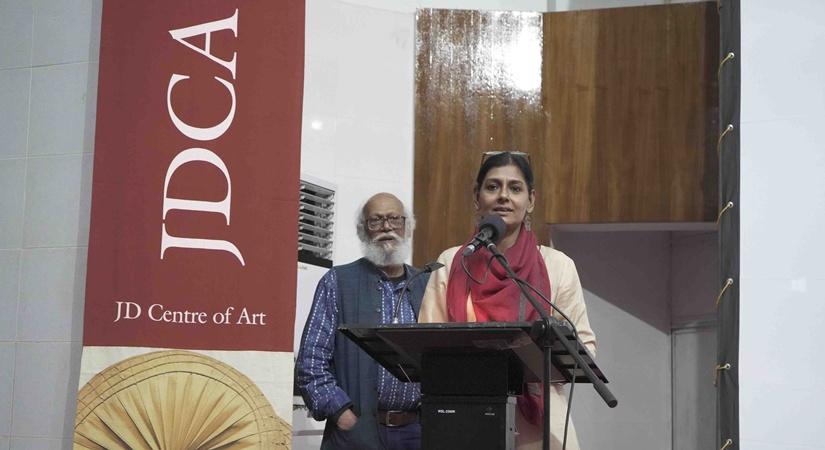 February 13, 2020 (IANSlife) The 13th International Film Festival on Art & Artists organised by JD Centre of Art, which witnessed multiple film screening, film workshops and talks by several senior artists concluded here today. The festival had an underlying theme of bringing out the tumultuous experience an artist goes through in the life and the effort he/she puts in before the piece of art is produced.

Spread into two days, the festival began with the screening of the film ‘Gurrumul’, by Paul Damien Williams of Australia that centred on one of Australia’s most important musicians -- the indigenous artist Geoffrey Gurrumul Yunupingu. Blind from birth, he found purpose and meaning through songs and music inspired by his community. This award-winning film was premiered at the Berlinale (Berlin Film Festival).

Another notable film ‘Sand Says Something’ by Manoranjan Badatya on the life of Odia sculptor Sudarshan Pattnaik, capturing the years of struggle the artist went through before his art form received recognition, was also screened.

An Odia movie ‘Through the eyes of an artist’ by Abhishek Swain on the legendary Gotipua Guru Birabara Sahu found an emotive connect with the audience. The movie captured the efforts made to keep ancient Odia dance form alive.

The Greek film ‘The Art of Making’, which captured in three minutes the 299 hours that goes into making a Guitar also left an indelible impression.

Workshops on the art of filmmaking were also held by National award winning filmmaker Nandan Saxena.

In all 48 films from 17 different countries that were screened at the festival.