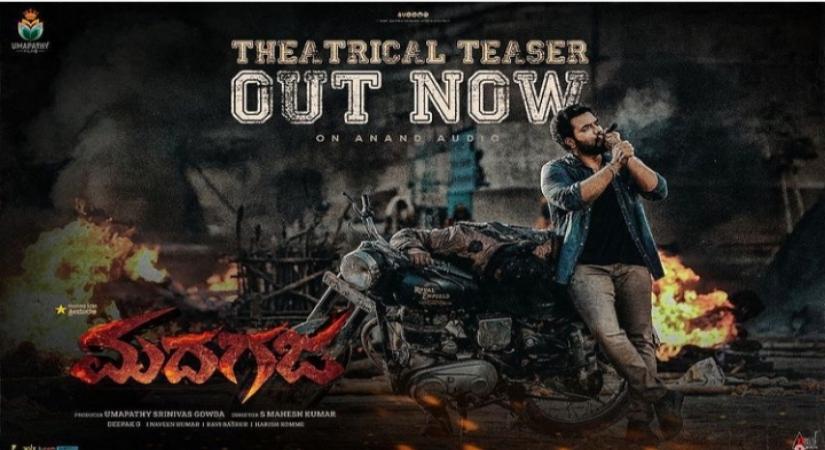 Bengaluru, Oct 14 (IANS) The team of leading Kannada actor Srimurali's multi-lingual movie 'Madhagaja' released the second trailer of the film on Friday, and the action-packed venture has received a big thumbs-up from movie lovers.

'Madhagaja', one of the most-anticipated Kannada movies, will also be released in Telugu, Tamil and Hindi in December. Srimurali's action scenes in the first trailer not only became popular in Karnataka, but also evoked good response from the Telugu film industry.

The film, which has been directed by S. Mahesh Kumar and produced by Umapathy Srinivas Gowda, also stars Ashika Ranganath, Jagapathy Babu, Devayani, Rangayana Raghu and Chikkanna in key roles. The music has been composed by Ravi Basrur of 'KGF' fame.

The film team had earlier planned for an August release, but the Covid-19 pandemic pushed the release date to December.

Srimurali is getting ready for another venture, 'Bhageera', which is written by 'KGF' director Prashanth Neel.