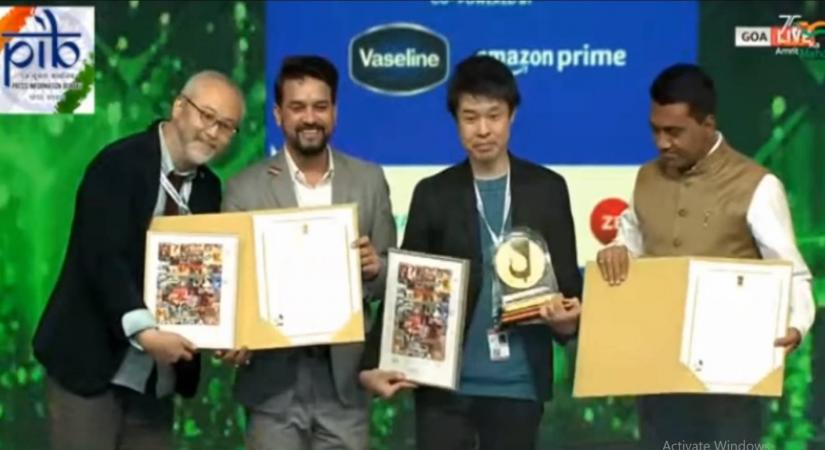 The Japanese film is about an aspiring manga artist, who, while searching for bones he believes will help him complete his piece of art, ends up unearthing war-time memories.

Calling the film a delightfully rewarding experience, the jury observed that though it was looking to revive war-time memories, it was not a war film and was centred instead on human relationships.

Jitendra Bhikulal Joshi, known outside Marathi cinema as Constable Katekar of "Sacred Games", did India proud, winning the Silver Peacock for Best Actor (Male). He got it for his brilliant portrayal of Nishikant Kamat in the Marathi movie "Godavari", which also fetched for its director Nikhil Mahajan a Special Jury Award.

Sharing the Special Jury Award with Nikhil Mahajan was Rodrigo de Oliveira for his Portuguese film "The First Fallen".

The Silver Peacock for Best Actor (Female) went to Spanish actress Angela Molina for her role in "Charlotte".

The Russian film 'The DORM/Obschaga" by director Roman Vasyanov, received a Special Mention from the International Competition Jury, even as the Argentine-born Swiss director Mari Alessandrini's "Zahorí" bagged the award for Best Debut Feature Film of a Director.