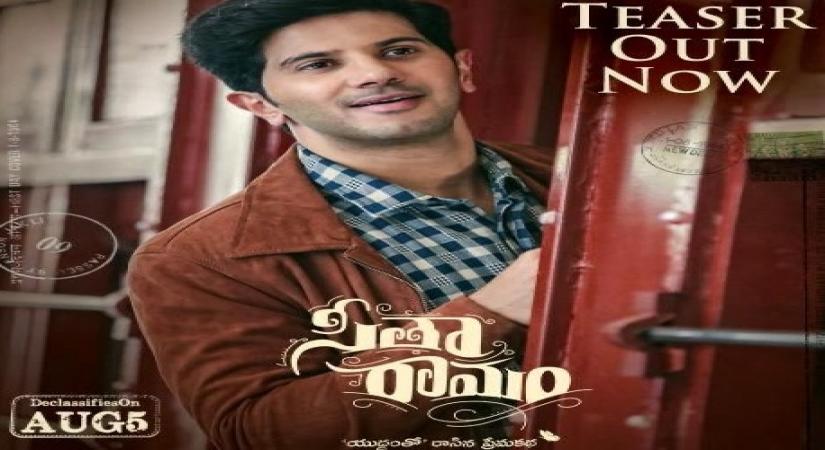 A specialist in making fascinating love stories in captivating way, Hanu Raghavapudi is directing the movie, while Ashwini Dutt and Priyanka Dutt are producing it under Swapna Cinema.

The film's teaser that is out now takes viewers into the world of Lieutenant Ram, an orphan patrolling as a lone soldier in Kashmir valley. He doesn't have anyone to even write a letter to. One day, he gets a letter from Sita Mahalakshmi who claims to be his wife. Mrunal in her introduction scene appears like a Durga Maa, though her character name is Sita.

It's a magical love story that the teaser promises. The story is set in 1965 backdrop and the settings represent the culture during the period. Dulquer Salman and Mrunal Thakur's sparkling chemistry transport us to their beautiful romantic world. Thakur made a perfect pair with Dulquer. It's an eye-feast to see them together on screen.

Every frame captured by PS Vinod is impressive and the locales of Kashmir are shown strikingly. Vishal Chandrasekhar enhanced the visuals with his score. Production design is top-notch.

The teaser assures 'Sita Ramam' is going to be an epic love story with wonderful performances, appealing story-telling, beautiful visuals and enchanting music.

'Sita Ramam' is being made simultaneously in Telugu, Tamil and Malayalam languages. It is slated for release on August 5.